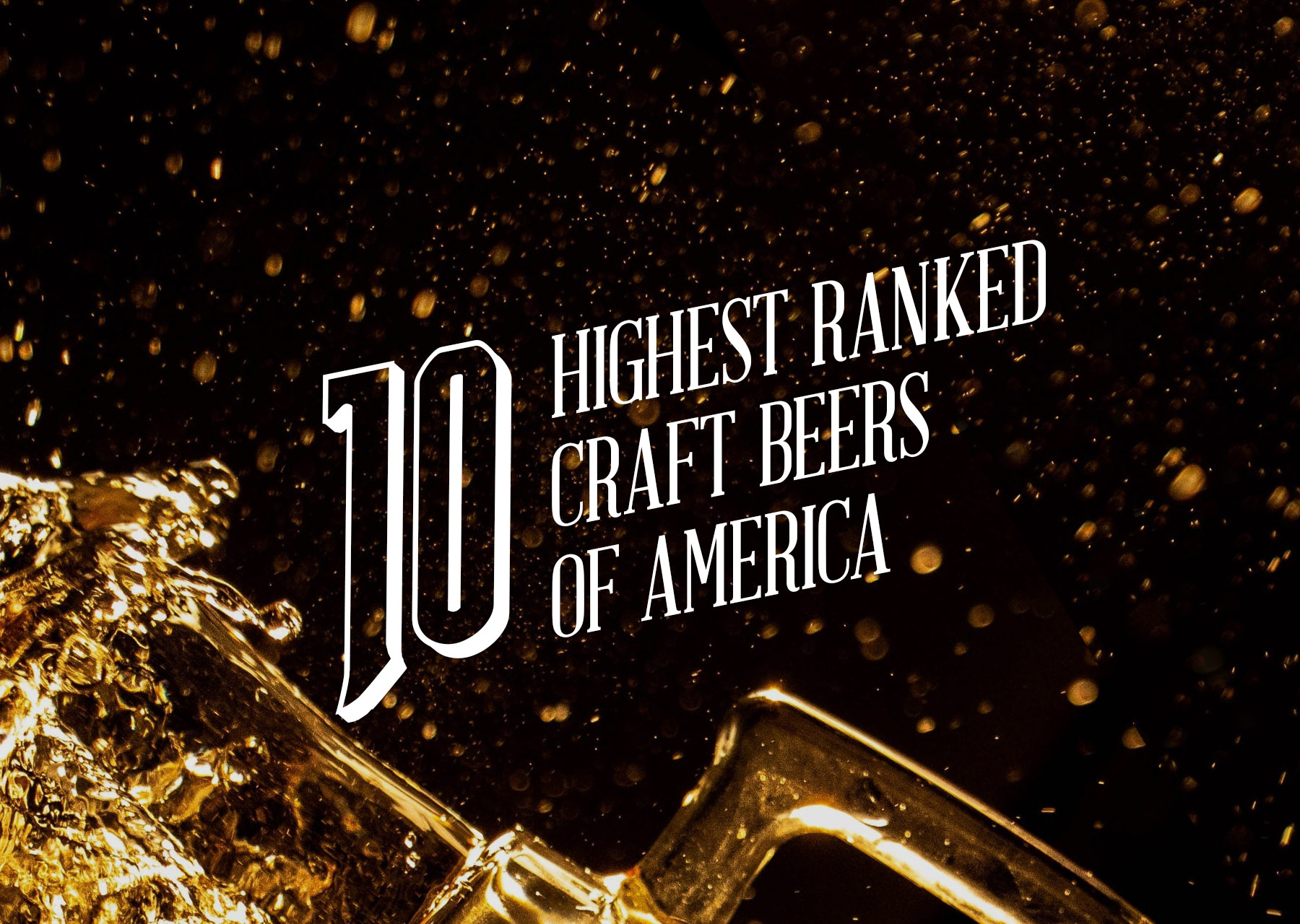 America is arguably home to the largest and most diverse beer culture in the world. The beer industry in America that used to be largely controlled by two companies now exploded to over 6,000 breweries. The American public quickly and enthusiastically embraced the charm of these craft breweries: the dizzying possibilities crafted from water, hops, yeast and grain. With so many breweries creating unique and complex brews every year, it is quite a challenge to pick out the best out of thousands of beers, each with their own unique charm.

However, we believe it’s a worthy endeavor to highlight brews that have helped grow, define and push the American craft beer industry to new heights. Learning about (and tasting) these beers help you gain a better appreciation of the wonderful world of American craft beers.

Sierra Nevada’s Pale Ale really must be something if it was first brewed in 1980 and yet still maintaining its honor as one of the country’s best-selling beers year after year. And it is. This humble little recipe not only helped define the signature citrusy flavor of American IPAs, but it also helped propel the now-behemoth Sierra Nevada, a brand currently worth an estimated $1 billion.

To this day, the pale ale is brewed using the original recipe of lots of whole-cone Cascade hops and 100% two-row malt.

Despite being considered as an old school brew; Pliny the Elder is one of the most sought-after double IPAs in the world. First brewed in 2000, this hop bomb cult favorite helped catapult the Russian River Brewing Company into one of the most renowned craft breweries in America. Craft beer devotees from all over the world reportedly make the pilgrimage to the brewery in Santa Rosa, California to taste the sweet golden nectar from the source.

Boston Lager’s popularity is evident in its ubiquitous presence in beer lists across restaurants and pubs in America. This amber Vienna lager is a classic easy drinker, perfect for any time of the year and any occasion. Despite being a commercial darling, it stays true to its roots. It is still being brewed using the original recipe created by the owner’s great-great-great grandfather. Each bottle is keeping decades-old family tradition alive.

Bourbon County Brand Stout pushed the limits of what craft beer could be. Initially shunned at the Great American Beer Festival in 1995 for being “too strong”, it is now being lauded for igniting the spark of innovation in craft beer. Today, barrel-aged beers are popular with aficionados all over the world. However, no one does it better than the original craft masters who started the trend: Goose Island. They age their heady Imperial stout in different bourbon barrels resulting to complex and innovative flavor profiles.

The Alchemist distributes its beer only within a 25-mile radius of its brewery in Vermont, but that didn’t stop it from becoming a global phenomenon. Thanks to enthusiastic word of mouth and beer rating sites on the internet, one of the brewery’s signature brew, the Heady Topper, gained a reputation as the “best beer in the world”. The hype over this satisfying citrusy double IPA also helped expand the craft beer scene to the East Coast.

Even though this beer was brewed since 1985, Two Hearted Ale is still a beloved offering of the famous Michigan brewery: Bell’s. Two Hearted Ale is a classic American IPA, featuring American Centennial hops and fruity yeast. The beer pours a hazy deep amber color with so much flavor packed into one refreshing bottle. You’d truly find it hard to stop at just one.

A long time ago, sour beer was an oddity in a craft brewery’s catalogue, often popping up as an experimental release. Now, it is deemed essential to any beer bar’s selection. However, the waves to make this happen started way back. For New Belgium Brewing Company, it started in 1997, where they consulted an expert from Old Belgium to craft La Folie, a Flemish Style true sour foeder beer, aged in big oak barrels. This beer is a testament to the dedication and craftmanship of American brew masters.

Edmund Fitzgerald is a highly acclaimed beer. It won 12 World Beer Championships and five GABF medals and has earned domestic and international hype for the brewery: Great Lakes Brewing Co. The real prize is in the taste: the intense and exciting flavor profile of the beer. This brew offers a stunning blend of roasted barley and coffee beans layered with an intoxicating chocolatey flavor. One generous sip and you’ll understand why it earned its accolades.

Julius, a hazy IPA which looks like orange juice to the uninitiated, is one of the most popular craft beers in the country. Craft beer lovers are clamoring to get a taste of this refreshing and juicy IPA, and the brewery is trying to keep up with the demand. In fact, the popularity of this brew and of Tree House Brewing led to its expansion to a multi-million-dollar facility, within the decade of its operations.

This elusive barrel-aged coffee stout has consistently topped beer rating websites for years and is revered by many as the Moby Dick of the craft beer scene. Kentucky Brunch Brand Stout is crafted in Toppling Goliath’s brewery in Decorah Iowa. Only a limited number of bottles are released once a year, and beer nerds from all over the world travel to Iowa and stay in line for hours just to try to get a bottle. This brew is so desired that counterfeit versions are popping out.