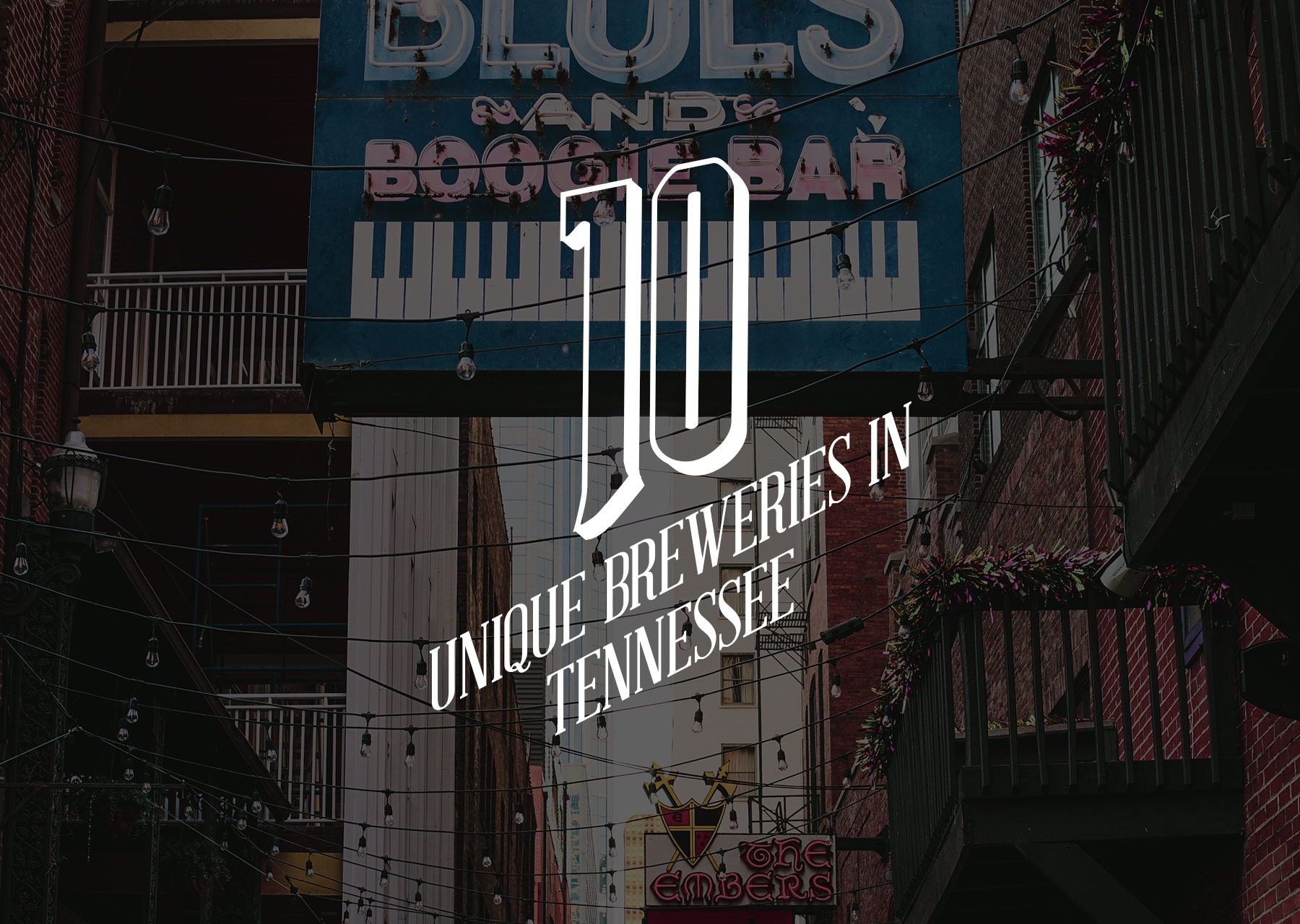 Passion is one of the driving forces that motivate people to try something new and to improve upon what other people have already created. Known best for its country music, whiskey, and rolling hills, Tennessee is also home to some unique breweries. Below are 10 unique breweries in the state of Tennessee.

Located by Riverwalk Park in Columbia, Tennessee, this brewing company is named after Asgard from Norse mythology. While you won’t find Thor the god of thunder here, you will find a brewery focused on ecotourism and collecting the best brewing recipes and traditions.

Chances are you have never seen brewery equipment in a bar or tavern. At Bearded Iris Brewing, all of the equipment that goes into making their brews is out in the open for everyone to see. The bar itself is located on the other side of the room, modeled after the classic speakeasy-style.

Another brewery that calls Nashville home is The Black Abbey Brewing Company. The owners drew inspiration from a 16th-century Augustinian monk named Martin Luther who believed that drinking is supposed to be pleasurable. The Black Abbey taproom has long communal tables, creating a community atmosphere.

If you are visiting the Music City Center in Nashville and need a flavorful beer, then you are in luck. Czann’s Brewing Company is only three blocks south, a short walking distance away. There is a high local demand for Czann’s blonde and pale ale brews as the founder and owner found the right balance between flavorful malt and the bitterness of the hops.

If you are looking for beer styles from all over the world, then Fat Bottom Brewing Company is the place to be. Some of their seasonal brews include the Firestarter, a smoked pumpkin porter only available from September to November.

If you want a brewery that doesn’t take itself seriously, then you’ve found the right place. Since Nashville, Tennessee has a lively music scene, Honky Tonk Brewing Company promotes shows performed at venues that serve its beer.

The Jackalope is home to a unique selection of microbrews, event nights, and … handmade soaps. Even the handmade soap is infused with beer and hops. There are brewery tours daily and there are beers that are unfiltered and unpasteurized.

If you ever plan to visit Knoxville, then one destination on your list should be Last Days Of Autumn Brewing Company. Their goal is to have visitors experience different beers each time they visit. This is accomplished by brewing unique ales in smaller batches, which helps produce exciting and creative brews.

Located near Downtown Nashville, New Heights Brewing Company is home to mouthwatering ales and gourmet mac and cheese. Except for Tuesdays, the brewery’s tasting room is open every day and visitors can try a few of the craft beers available.

The Sleepy Owl Brewery is located in Kingsport, Tennessee’s 12th largest city. For the brewery’s beer-making process, they use gluten-free and non-GMO yeast for their hops and organic malts. Sleepy Owl is also a music venue for those who want to have a little music with their local ales. There are also trains that pass on the nearby railroad tracks.