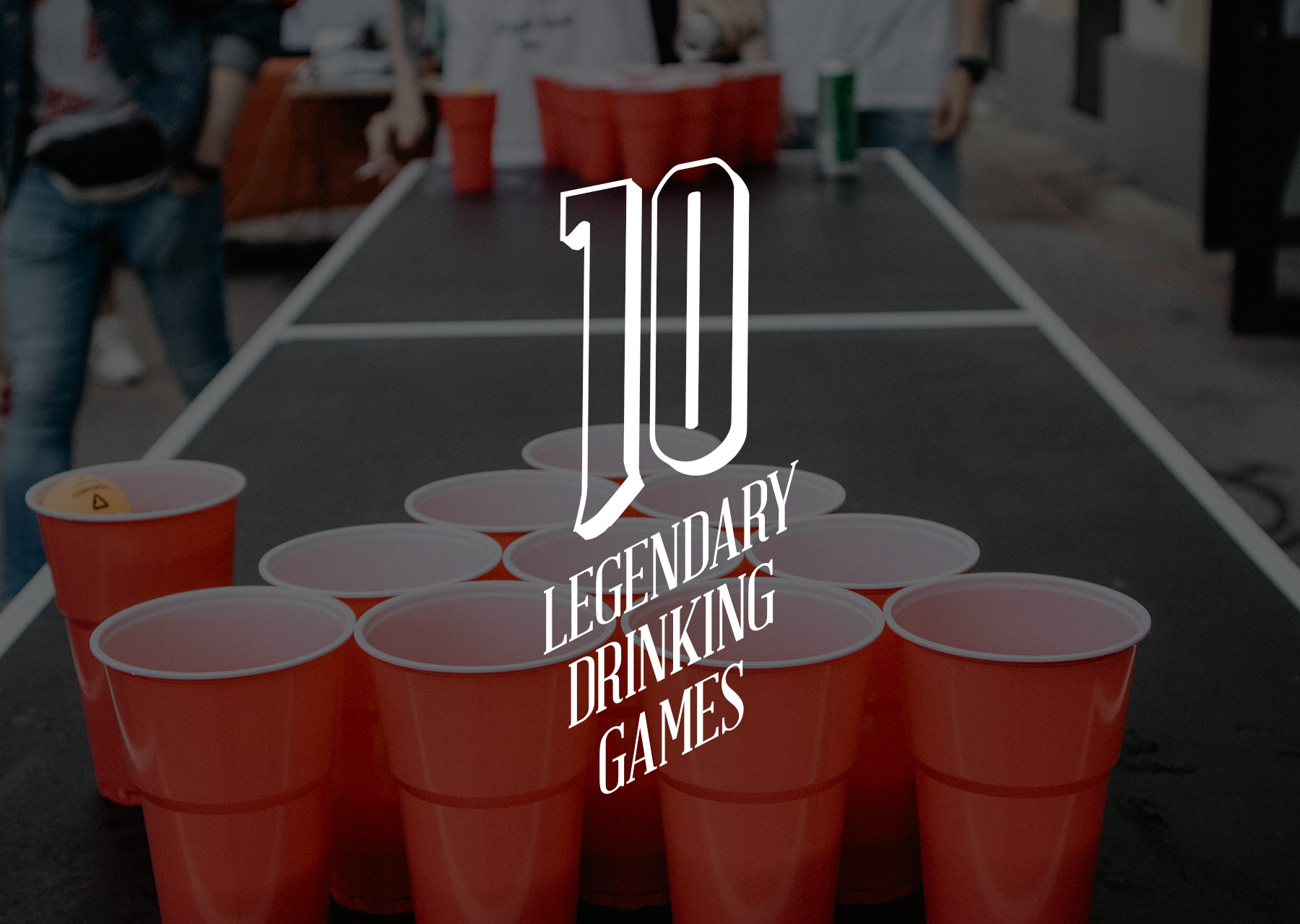 Bored and over familiar with Flip Cup, Never Have I Ever, and Spin the Bottle? Here are ten drinking games that will test your beer belly, liver endurance and slurring skills. Do try this at home.

Motion sensor games brought to you by XBox Kinect, Playstation or Nintendo Switch

1. Dance Faceoff Challenge – Show off your dad moves
So, you think you can dance? How about after a pint? Welcome to a dance off, which you can play on an XBox Kinect, Playstation or Nintendo Switch. You will need to shake a leg, hand, and pretty much your entire drunken self to score in this round. Teams can play together and coordinate with each other for accuracy. Or work individually for speed. You can pre-decide a song, based on the genre the music you are best at and the challenge is to mimic the moves of the on-screen dancers. The camera or sensor that is above/below the TV manages the scoring. The most coordinated and rhythmic wins.
Beer Consumption: 1-2 beers consumed per dancer
What you need: Just Dance 2020, A gaming console – PlayStation 4, Google Stadia, Nintendo Switch, Nintendo Wii, or Xbox One.

2. High Tech Darts – Discard your beer goggles
Test your dart throwing skills in this high tech version of your favorite pub pastime. You don’t have to worry about safety as this game is played on PlayStation 3, Wii and Xbox 360 game consoles. The darts are virtual too so there are no flying, pointy objects while you are drinking. The rules are simple collect points based on your aim, stack up seconds with a quick chug. You will need speed, precision and some serious chugging skills. Drink, aim, shoot!
Beer Consumption: at least 2 beers
What you need: PDC World Championship Darts: Pro Tour, A gaming console – PlayStation 3, Wii or Xbox 360.

Physical games brought to you by your sweat, blood and beers

3. Brew your own beer – And reward yourself. With beer.
Help your brewmaster brew a beer with the four ingredients – Hops, Malt, Yeast and Water. Players must collect ingredient cards that are placed randomly at 4 corners of a room, and place them into their individual mug that is in the center of the room. This game is for 4 players, and all players start by standing in the center of a room (near the four mugs). When the game starts, all players can run to any corner and collect one ingredient card and place it in the mug in the center of the room eg. Hops. Then the player needs to run to another corner and collect another ingredient card (Yeast, Malt, Water) and place it along with the first card they picked (Hops). Players keep doing this, till they manage to “brew” a beer i.e. have all 4 ingredient cards in the mug. The first person to brew a batch, wins. They can reward themselves with a beer. After all, brewing is hard work!
Beer Consumption: at least 2 beers
What you need: 16 ingredient cards (4 Hops, 4 Malt, 4 Yeast, 4 Water cards), 4 corners, 4 empty mugs in the centre of the room.

4. Beer Jenga – The classic 54 block tower tumble
Steady your hands, this is Jenga on steroids. Players from opposing teams take turns to remove a block from a precarious tower of blocks – and every Jenga piece gets you mildly inebriated, or a chance to get the opponent progressively drunk. The only rule, chug before you pull. And the one who drops the tower loses and buys the next round of beer.
Beer Consumption: 1/3 beer per turn
What you need: 1 set of regular Jenga or giant Jenga

How to make a board game less boring. Simple – add beer

6. Scrabble Babble – Word games that will make you start slurring
Scrabble – A mash up of Scrabble and Word Jumble, this game will give you verbal diarrhoea. If you’re a skilled Scrabble player, you will excel at this one, except this one has a lot of shouting and arguments. This game is for 2 players who will face off against each other. After chugging their beer without spilling, the one who finishes first can immediately start creating a word, within a predetermined time frame. The person who creates a word with the most number of points, wins the round. Pro tip: Use Z, Q, J to achieve a high score.
Beer Consumption: 1-2 beers
What you need: Scrabble tiles, Timer, Score sheet

Dice Games that will get you rollin’

7. 7 up or 7 down – The classic carnival game
The simple game of odds will get your progressively drunk. If you’re lucky. You will need a dealer for this one, preferably someone sober. If that is not possible, just establish some ground rules which clearly state that the dealer is always right – even if everyone is seeing double. In this game, two 6 sided dice are rolled and the results are totaled up. Players can bet on the total being over 7, under 7 or exactly seven. Each time you get it right, you drink. The winner – always the one who gets to drink the most.
Beer Consumption: 1-2 beers
What you need: Two 6 sided dice or a 52 deck of cards

8. Chō-Han – A Japanese dice (drinking) game
A classic and simple Japanese dice game, it’s quick and easy. One person rolls 2 six-sided dice, and hides the result from other players. Other players make bets on whether the total is Odd (Han) or Even (Chō). Like with all drinking games, the “loser” has to drink! This game is also fairly flexible, and the dice can be replaced with a deck of cards, and the beer can be replaced with saké.
Beer Consumption: 1-2 beers
What you need: Two 6 sided dice or a 52 deck of cards

Classic drinking games that never go out of style

9. Beer Pong – Aim, lob, shoot
The most legendary game of all drinking games, you need to aim, lob and shoot into a triangular set of 9 beer glasses on the opposite end of the table. The beer olympics standard pong table is 2.74 meters long, 1.525 meters width and 76 centimeters height, but any dining table or bar counter will do. Two teams will face off, attempting to sink a ping pong ball into a glass of beer. Every potted ball gets your opponent drunk. The team that sinks the most balls, in a limited number of throws, wins. Easy? Not when the whole world is blurry!
Beer Consumption: 1-2 beers
What you need: 18 cups of beer, 18 ping pong or table tennis balls, sturdy table

10. Chug Relay – Group chug everyone!
The simplest and deadliest game of all drinking games. The group hug, sorry, chug. This is usually played like a grand finale to every debaucherous evening. Two teams of four (or more) players each line up opposite each other and prepare to chug their beers, usually under 5-6 seconds. Participants chug one at a time, and the next person from each team can only start chugging once the first person finishes their beer and places it upside down on their head. Like a classic relay. The team to finish first and spill the least, usually wins. That’s if anyone is standing straight, of course!
Beer Consumption: at least 2 beers
What you need: Timer, Referee to check for spillage

The next time you want to showcase your competitive beer guzzling talents, enjoy these games designed to celebrate your love for this beautiful beverage. And don’t forget, everyone gets drunk, and the points do matter! Please be safe and drink responsibly.

Brewing fiction, one beer at a time