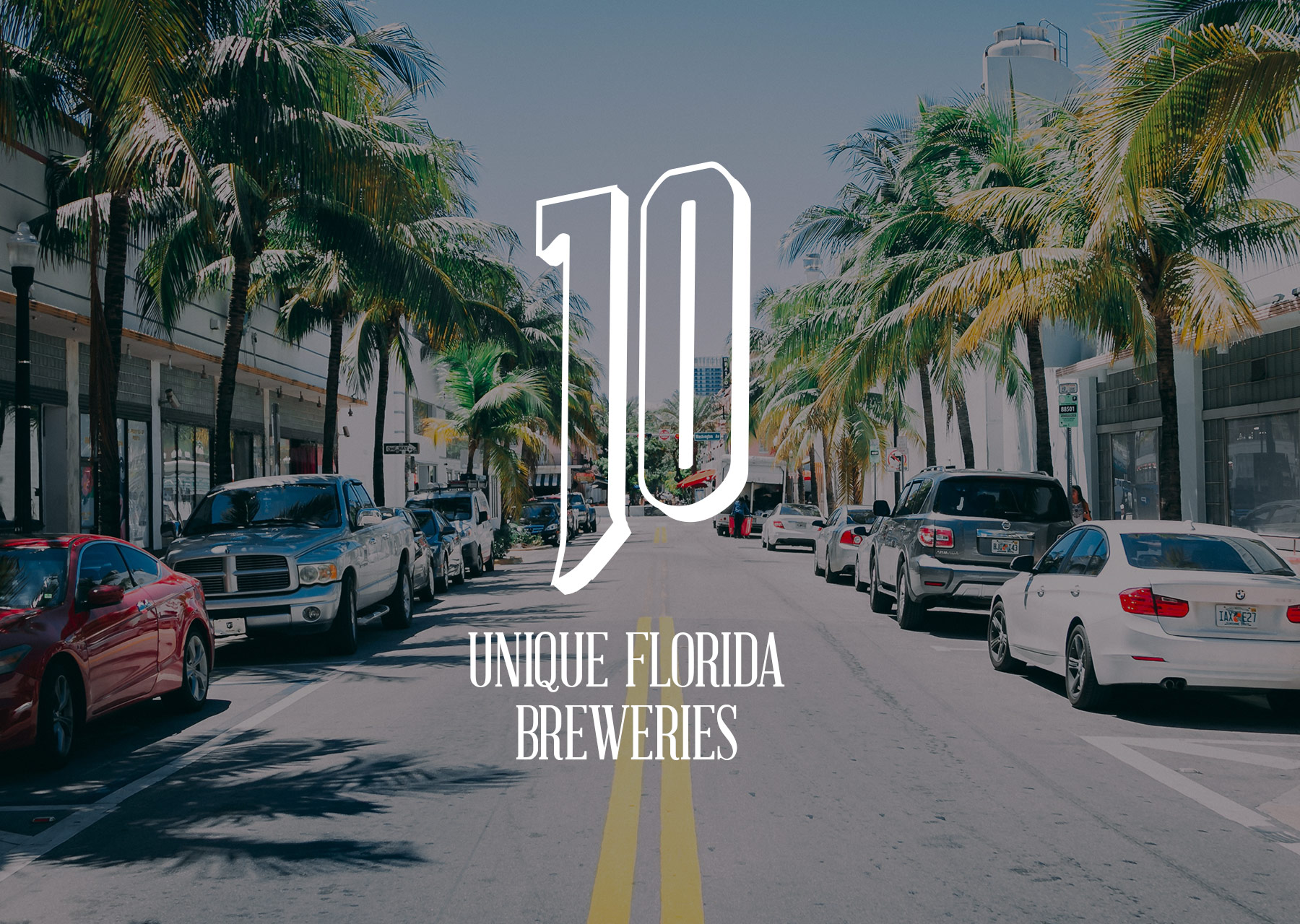 In Florida, the Sunshine State, a cool pint of craft beer is perfect to combat the year-long sunny weather. The craft beer scene in Florida is flourishing. The breweries in the state are gaining traction for their creativity and variety, especially with the rich agricultural heritage of the land which gives them access to a lot of ingredients unavailable in other areas.

We bring you a list of the unique breweries in Florida that will allow you to sample the diverse offerings of the state while cooling off.

Named after a wistful thought while building the brewery – “how many beers do we have to sell to put 3 Daughters through college?”, the 3 Daughters Crewing Company aims to create great tasting craft beers.  It’s beverages may have made bank for the college fund as the brewery is one of the fastest growing regional breweries and the largest independent brewery in Florida. With over 40 taps that feature various styles of beverages and an ever-expanding portfolio, you will be spoilt for choice.

Barrel of Monks Brewing is a brewery dedicated to bringing Belgium-style beer to the Florida community. The brewery focuses quality, combining technology and traditional techniques to create the best Belgian beers in the state. It also has a tasteful and laid-back taproom, where experiencing its atmosphere will enhance your brew of choice.

Tempt the fates with Three Fates, a Belgian Style Tripel made from European malts and hops.

Cigar City Brewing has garnered international and domestic attention for its high-quality Florida-inspired ales and lagers. One of the most popular breweries in the state, it has been distributing to over 60 states and over a dozen international markets. The Spruce Street Brewery and Taproom has over 24 Cigar City Brewery beers on tap, alongside a full-service kitchen with a menu that complements the beers on tap.

Sideward Brewing Co. is Orlando’s premier craft brewery that aims to create the best beer in the city. This fun-weird brewery offers over 20 beers on tap, with a full kitchen and outdoor seating area to create an engaging and lively space for beer-loving community.

Treat yourself to a couple of pints of Yacht Money, a hugely aromatic tropical New England IPA.

Right in the heart of the Melbourne Florida, Intracoastal Brewing Company offers an ever-rotating selection of original and handcrafted craft beer recipes. The brewery’s tap room has the bar, and outdoor area with picnic tables. The brewery is host to several weekly events of the local community such as yoga classes, trivia game night and intra run club.

Order a flight to sample the brews on tap and find your favorite.

Angry Chair Brewing is an eclectic brewery devoted to creating craft beers that they’d like to drink. The brew masters are developing their recipes fit for more sessionable styles and crafting easy drinkers, such as hoppy pale ales, Berliner weisses and the like. On tap are flavorful beers, in the form of fruity sours or chocolatey stouts, lactose beers or the marshmallow puffs series.

J. Wakefield Brewing offers craft beers made in traditional styles while utilizing locally sourced, and occasionally unexpected, ingredients. The brewery has a spacious yet intimate tap room with Star Wars murals and comic book memorabilia. There is also an outdoor Empire themed beer garden to enjoy your pint in.

The tap room has 15 beers on tap to choose from, but you can’t go wrong with the fruity IPA, Hops 4 Teacher.

Enjoy on-site brewed beers, gourmet grilled cheese and retro video games at Mack House Brewery. This nanobrewery not only offers a communal space to get together and have fun with friends over beer and games, but also prides itself with creating flavorful specialty beer.

Grab a pint of PIPA (Pine Island Pale Ale, a local favorite, and have some fun at the Mack House.

Funky Buddha Brewery is committed to creating craft beers with bold flavors from culinary-inspired ingredients and time-honored techniques. The brews offered are always full of flavor, and of different varieties for the diverse palates of its customers. Its taproom is spacious and inviting and there is a beer garden for those who prefer to enjoy their pints outside.

Try The Love Below, a sensual combination of Nikolai Vorlauf Imperial Russian Stout, cherries and chocolate.

A unique microbrewery out on the beach, Cocoa Beach Brewing Company offers refreshing brews in a laid-back atmosphere. You can enjoy a refreshing pint of beer on the pier overlooking Cocoa Beach and a friendly conversation.
Any of the beers on tap would be perfect for the beach vibes but try its core craft beer: Cocoa Beach Pale Ale.

The Heart of a Brewmeister

Going to the Source to Learn Home Brewing