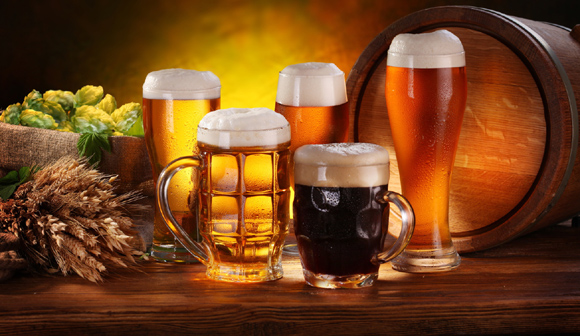 Tricks of the Trade for Making Great Beer

Assembling the equipment and the ingredients to make beer is a cut and dried operation. The process of making beer at home isn’t really a mystery. That is one of the reasons that home brewing has become so popular. Because you can get set up to brew beer at home with a relatively low investment in equipment and ingredients, it’s easy to get started on making your own beer. And when you finish that first batch and it is stored away to be sampled in a few weeks, the excitement that you soon will be drinking your own beer is a unique feeling and one you want to repeat often.

Once you have confirmed that you can indeed make beer, the next question comes up is – can you make GOOD beer?

When you tasted that first batch, you were pretty excited because it really was beer. But you may have noticed some aspects of the beer you would like to improve. The beer may have been too bitter or have too strong a hops flavor. The clarity of the beer may have been imperfect or you could see stuff floating around in your beer. But these flaws are acceptable at first because they drive you to want to become a better beer maker. You want your beer to be so flavorful and enjoyable to drink that your guests say it’s as good or better than store bought beer and that it even lives up to the quality at the local beer pub. That’s a tall order but part of the fun of brewing beer at home is to strive for those goals. To get there, some of the tricks that the old pros of home brewing know will help a lot.  Some of their wisdom can help you move from a rookie beer maker into the ranks of people and actually know what they are doing.

Most recipes for making beer at home call for making a batch of five gallons of beer. That’s a lot of beer. So sometimes home brewers try to cut the batch to make less beer. It’s done with good intent. It’s hard to store five gallons of beer. And if you don’t drink your own beer up pretty fast (or give it away), the beer can go stale or bad which is hard to see watch happen to “your” beer. But old pros tell us don’t cut the batch and go ahead and make beer up five gallons at a time. You need that quantity to get the full value out of the brewing process. And it’s hard to adjust the recipes for a smaller batch which means that there is a good chance you will end up with a beer that does not have the right balance of malt, hops and yeast.

The outcome can be a beer that is difficult or impossible to drink and it all gets thrown out. Better to make five gallons of good beer than three gallons of undrinkable brew. The more you study and learn about beer making, the better you will become at home brewing. Don’t just go from the instructions that come with the equipment. Sink your teeth into learning all you can.

The beer you make will benefit from the homework you do. And you will have more fun too. Just as it’s not advisable to cut the size of any batch of home made beer you produce, also avoid cutting corners in terms of time or clean up. Sometimes it seems that boiling the beer in progress which is called the “wort” for an hour to an hour and a half seems like a lot. But the long boiling time helps the ingredients mesh in just the right way. It also boils off bad elements of the mixture that you don’t want in the beer and it brings out the flavors of the malt, the grains and the hops so you are getting the best of those ingredients.

Finally, don’t be worried about being too fussy about cleanliness. Keeping your boiling pots and fermentation tanks absolutely clean and sterile assures that nothing will get into the beer except that pure wort that you so carefully brewed. So go ahead and be fussy. The beer you make will be better if you are.