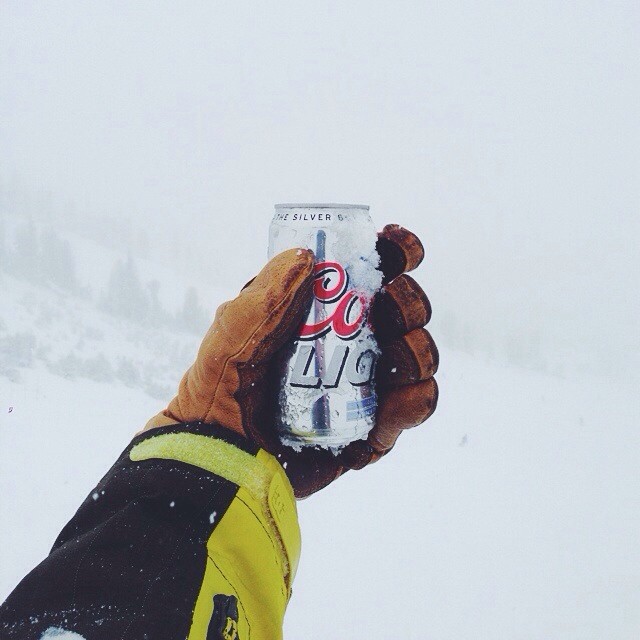 A lot of beer aficionados love to talk about craft beer these days, but in truth, most people still enjoy drinking mass-produced beers. It is important to mention that there are many reasons to switch from regular to craft beer. For instance, by drinking craft beer, you support the local brewers who work hard to create exquisite and unique flavors. But, because we all enjoy a cheap and refreshing mass-produced beer every once in a while, let’s see what the most popular ones are in 2020.

In 2019, the parent company of Michelob Ultra, Anheuser-Busch InBev shipped no less than 10,2 million barrels. This beer saw a 15,9% shipment increase from 2019 and it now holds 4,97% market share.

One of the main reasons why Michelob Ultra has seen a notable popularity increase is the fact that it’s marketed as having 72% fewer calories than a glass of white wine. With so many people on a low-carb diet who care about their calorie intake, Michelob Ultra is the obvious choice. A 12-ounce bottle of Michelob Ultra has just 2.6 grams of carbs and 95 calories; so this beer has earned its place on this list.

Additionally, the fact that Americans love Michelob Ultra shows that people’s taste in beer is starting to change. Premium beers are becoming more and more popular and according to executives, this industry is extremely fast-growing. Over the last five years, super-premium beer has seen an 8.4% increase in sales, while mainstream beer has seen a 0.6 decrease.

Budweiser has the same parent company as the previously mentioned beer, Michelob Ultra. Anheuser-Busch InBev shipped over 10.6 million barrels in 2019, but unlike Michelob Ultra who saw a significant increase in sales, Budweiser saw a 6.6% decrease. With a market share of 5.14, Bud is America’s most popular full-strength beer (spoiler alert: the next three beers on our list are all light offerings).

Budweiser is carbonated with actively fermenting beer – a process called kraeusening. This technique shortens the carbonation process and removes all the bad flavors. Through this process, brewers attract yeast by adding strips of beechwood treated with baking soda, which is where the famous slogan “beechwood aging” comes from.

In recent years, Budweiser has struggled to grow its sales in the US, and, unfortunately, the company failed to grow its market share. As a result, the company decided to focus on nonalcoholic beverages, which make up 10% of the company’s volumes. According to an article published on Business Insider, AB InBev is also focusing on premium beers that are lighter and have more interesting flavors such as the Budweiser Reserve Series and Bud Light Orange.

Another very popular beer of 2020 is Miller Lite, a low-calorie beer produced by Molson Coors Brewing Company. The company shipped 1.6% fewer barrels in 2019 than it did in 2018, but the total number of shipped barrels is still very high – 12.4 million. As a result, this beer has a market share of 6.02 and is the third most popular American beer.

Having just 96 calories, Miller Lite is often referred to as “the original light beer” by the folks at Molson Coors. This is owed to the fact that its recipe was first developed by Rheingold Brewing Company 53 years ago, in 1967. In 1972, this brand was bought by Miller. The original name of the beer – Gablinger’s Diet Beer was changed to Miller Light and a new and attractive TV campaign featuring celebrities and sports figures was launched. The beer’s iconic motto “Tastes Great! Less filling!” was extremely catchy and the beer saw a huge increase in popularity.

In the ongoing shift from mainstream beers to craft beers, Miller Lite was lucky enough not to be hit as hard as Coors Light or Bud Light. Because it has a perfect balance between taste and lightness, this beer is performing well, and, for the last 15 quarters, Molson Coors has reported a growth in shares.

The second most popular American beer is Coors Light, produced by Molson Coors Brewing Company. This beer has a market share of 6.8 and it shipped over 14 million barrels in 2019. However, the beer was less popular in 2019 than it was in 2018, as it saw a shipment decrease of 5.9%.

Although beer connoisseurs and critics don’t think much of this mainstream low-carb lager, drinkers seem to enjoy it quite a lot. This is probably owed to the fact that Coors Light is a light beer with a clean flavor. It is worth mentioning that Coors Light is not the best beer for people who are on a low-carb diet. There are probably dozens of beers with fewer carbs and fewer calories available on the market.

Even if you can still see Coors Light in most shopping carts, the parent company is making huge efforts to boost sales. As a result, over the past years, the company has seen a lot of restructuring, and many employees were fired from the company. With more and more millennials ditching mass-produced beers, The CEO of MillerCoors, Gavin Hattersley, admitted that they are trying to get their business back on track after years of declining sales.

And the winner is Anheuser-Busch InBev’s famous Bud Light. With 27.2 million barrels shipped in 2019 and a market share of 13.24, this light lager is America’s best-selling beer. Although Bud Light has a score of just 45/100 on Beer Advocate and an “Awful” rating, this beer is much more popular than its competitors.

But despite its apparent popularity, things aren’t going so well for Bud Light. Between 2013 and 2018, the sales were down 20.7% and in 2019 they dropped another 7.3%. Additionally, by introducing its “no corn syrup” campaign in its 2019 Super Bowl Ads, the brand stirred quite a lot of controversy. Its rivals, Coors Light and Miller Light didn’t take the insinuations too well and a judge issued a court order that prohibited Anheuser-Busch from making any more corn syrup claims.

Bud Light is the number 1 most popular beer on our list. But with millennials ditching mainstream beer for craft beer, wine, or nonalcoholic drinks, things will probably change soon. The most important thing, however, is to drink responsibly and to choose the beverage that suits your taste. Whether it’s a fancy craft beer or a light mass-produced one, make sure it’s served colder than 44 degrees.

10 Breweries in Texas You Can’t Miss