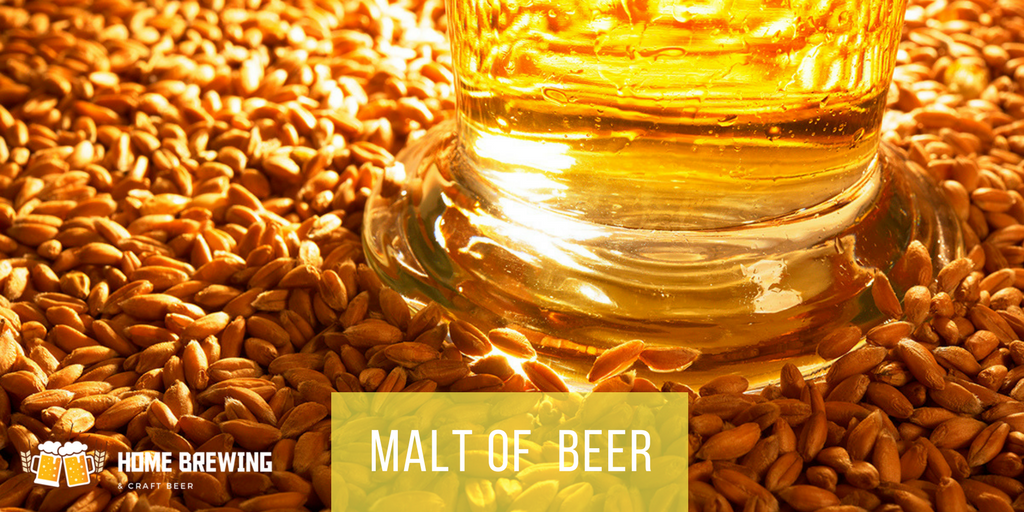 We tend to think of “malt” as a thing. Of course there is the candy malt and there is the old fashioned “malted” that was the stable of 1950s “malt shops” which in our mind is more like a modern day milk shake.

But when it comes to beer, just about anyone, even people who are not involved in home brewing can list the ingredients as hops, malt, and grains.

So as part of our quest to become more familiar with all of the aspects of beer making, it’s a good idea to explore more deeply what exactly the malt in beer is all about.

When you hear the word “malt” in regards to the brewing of beer, the reference is actually to malted barley. Malt is the outcome of the process of malting which starts with pure barley grain, the same grain you might use to make muffins or barley soup. That is a good way to ground the concept of malting to something very familiar.

That makes good trivia for the new home brewers club meeting. But what makes brewers malt so useful in beers is that there are a wide variety of types of maltose sugars that result from the fermentation. And each of these can be brewed into a unique beer.

How malt is produced can make for even more interesting trivia. And it gives you insight into how the malts you use in your home brewing come to be. The process of malting barley begins with jump-starting the germination process that is nature’s way of preparing the barley plants to grow from seeds into sprouts.

The barley is soaked and then they are drained fairly soon so the seeds will be stimulated to begin to germinate. The part of the germination process that is interesting to brewers happens when certain enzymes are released by germination.

These enzymes are powerful chemicals that convert the stored sugars and starches in the seeds which become food to power the germination and growth of the plant. But it is those enzymes that the brewer is looking to capture. The entire objective of malting is to activate those enzymes in the seeds and release them so the brewer can capture them for the brewing process.

So as soon as the germination process starts, the grain is quickly dried so the enzymes are captured in that raw state to be processed into malted barley. Once the brewer has the malted barley in the condition we just went through, that malt is saturated in hot water.

This stimulates and activates the enzymes and puts them to work again. Under the controlled conditions of the brewing process, the enzymes do their job of converting the starches in the barley to sugars. And as those sugars go directly from conversion to be boiled with hops and then combined into fermented yeast, the result is this little thing we call — beer.

Now this is all good information but most of us who are making beer at the amateur level. For our purposes, malt extract that is sold by your home brewing supplier is a great way to have all of that skilled preparation at your disposal without you having to do all the work. By buying the malt in extract form, it is ready to go into your boiling water and join the home brewing process in full swing. As you add the malt, those enzymes will kick in and the chemical reactions needed to create great tasting beer will be well underway.

Maybe there will come a time when you will get more involved in the more complicated procedures of brewing or at least visit a brewery where the malting process is underway. But since our love of home brewing is about learning all we can about how beer is made by making it ourselves, getting a feel or the malting process is both educational and fascinating as well.