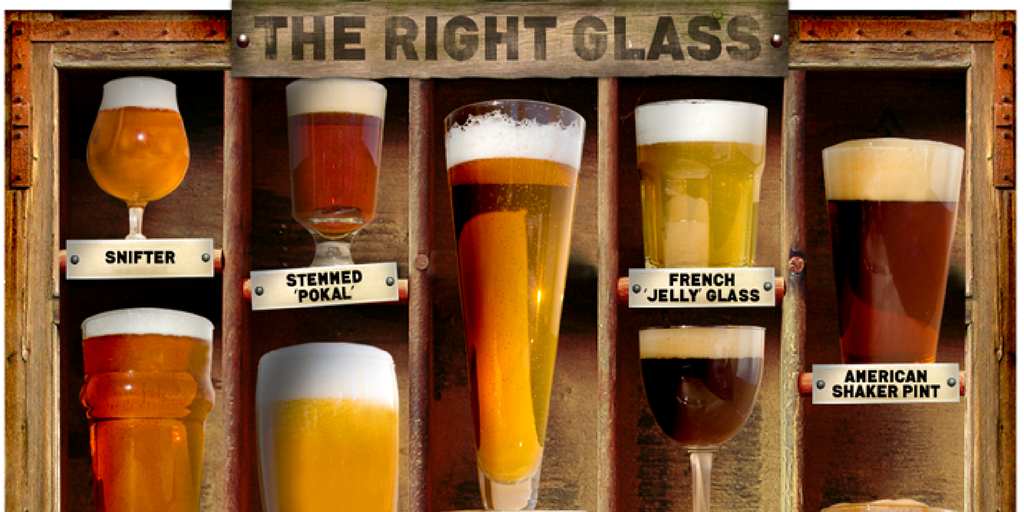 It is well known that beer has been with mankind for a long time.

As beer itself changed, expanded, and improved, so did the way in which we actually got the beer to our mouths. The earlier vessels man used for drinking included earthenware, pottery, carved out wood, and even sewn-together pieces of leather. As time went on, a man saw small improvements in the quality of their beer glasses.

Early Europeans living during the time of the Bubonic plague saw the creation of beer steins, which had an enclosed top on the steins to keep flies from landing in the brew and getting the person sick.

The development of glass may have been the most important aspect of the way beer glasses are made today. As beer glasses became more and more popular, consumers could actually see what they were drinking and demanded a lighter and more appealing look as well as taste.

This led to the filtration of beers; people no longer wanted the coarse chunks that were often found in the earlier beers of the breweries. With this new, more aesthetically pleasing wave of beer glasses, it seemed like beer steins were on the way out.

The development of glassware continued and produced a variety of beer glasses for all kinds of different beers. The most popular in the United States is the 16-ounce pint glass.

It was originally used to fit the top of a Martini shaker, but bartenders soon found that as the brew flowed out of the beer taps the pint glass was the perfect vessel because it allowed for some of the carbonation to be released and allowed the aroma of the beer to be more pronounced.

It is also favored for its storage capabilities; pint glasses can be stacked on top of each other and stored easily upright on shelves, quickly making them a favorite with the bartenders who ended up having to wash out each glass.

A drive to get people to buy their brand of beer by earlier breweries led to some unique and groundbreaking moves on the marketing and promotional front. Early breweries were often prohibited to give away beer or other rewards to their customers, but found that giving away beer glasses was a great way to reward customers and also to advertise for themselves.

This led to the breweries producing beer glasses that were works of art unto themselves. The first were ornate and expensive; they would often have gold or silver embossed on the sides. Eventually, artists for the breweries began doing detailed etchings on the sides of the glasses or steins and even developed a method of firing enamel paint onto the beer glasses.

Have you looked up in the top of Grandpa’s old drawer lately?

How To Brew Your Own Beer