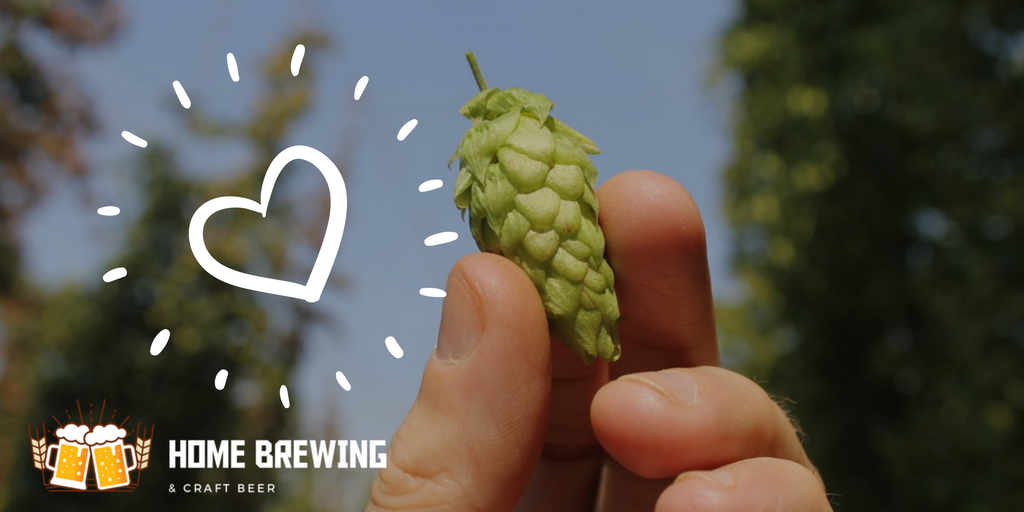 The Heart of Great Hops

There is no denying that a great beer has a unique flavor that is unlike any other beverage in the world.

That artful blend of bitterness and the rich grain flavors can give you a beer that is bold and stout or one that is mellow and smooth. And while every component of the brewing process contributes important things to that unique flavor, the hops can make a huge impact on the outcome of your beer.

That is why it’s good to understand the role hops plays in the brewing process and how you can control the taste of your home brewed beer by controlling the hops.

Hops are a natural ingredient that is actually a flower of the hop vine. One reason that hops give you so much flexibility as an amateur beer maker is that the varieties and origin of hops is very diverse. So you can find different hops to experiment with until you find one that gives you the perfect flavor for your beer.

How hops affect your beer is different depending on where the hops came from and how you use them. Some hops can introduce bitterness to your beer which is not a bad thing if it is part of the overall flavor. That “dry” flavor that many really enjoy in a good beer can came from the bitterness of the right kind of hops.

But hops also give beer its deep rich aroma that is a flavor treat all by itself. So it’s good to research which of these flavors the hops you are buying will add to your beer and to keep some records so you know which hops work best for you.

Now when you go to the brewing supply stores in town or order from the internet, you can buy hops unprocessed and prepare them for brewing yourself. But usually when you are starting out, its easier to buy them pressed and packaged into pellets in the right measure to add to your brewing process at the right time. You don’t need a lot of hops to make a five gallon batch of beer flavorful and rich. About two ounces per batch is plenty.

So be careful you don’t buy too much. For one thing, as a perishable item, unused hops could go bad before you get them used up. But also you may wish to buy very small quantities of hops so you can experiment with different ones to find the flavor you want.

Besides the origin and type of hops you buy, the way you use hops during the brewing cycle has the greatest effect on the changes to the flavor of your beer. Hops used to bitter a beer are usually added during the boiling process very early in the beer preparation cycle. This ensures that the boiling will take out any aroma from those hops and leave only the bittering effect that you want.

Hops used for the flavor and aroma aspect can be added later in the boiling cycle or during fermentation. The later in the brewing process that aroma hops are introduced, the more the beer that is the outcome of brewing will have that strong hop flavor.

To get a beer with the strongest flavor of hops, add dried hops late in the fermentation process and none of the original flavor will be taken out of the final beverage. But this can be a very strong beer so be advised.

Hops give you a lot of ways to experiment with the home brewing process to get new and interesting flavors. And the continuous growth and development of your home brewing skills and finding new ways to make your beers flavorful and rich is one of the things that makes home brewing so satisfying. And hops can be a big part of that fun.

How to Brew A Czech Pilsner