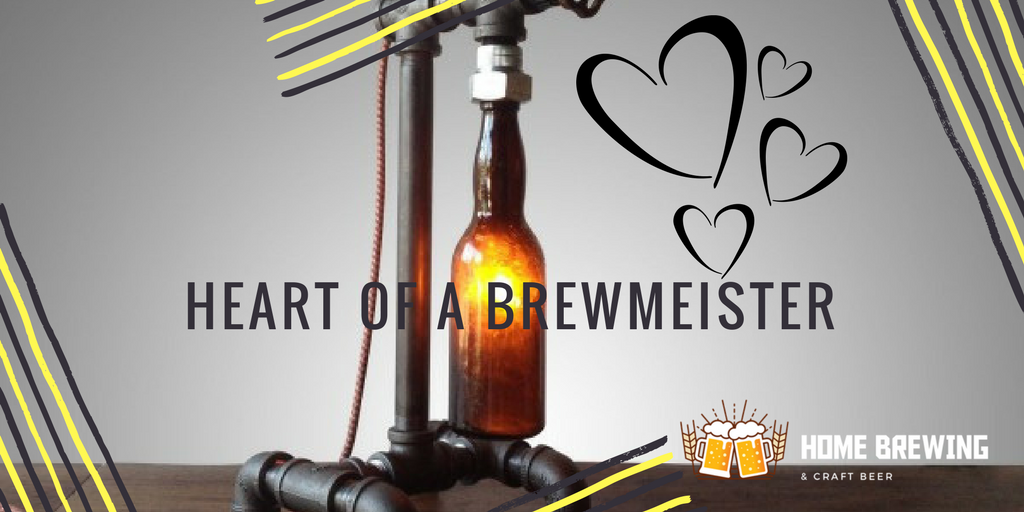 The Heart of a Brewmeister

In any big area of focus and specialization, there are those who go on to greatness in that passion and those who only go so far, lose interest or get discouraged and quit.

We see that in sports, business and art to name just a few areas.

So it makes sense that the hobby of making beer at home will be subject to the same laws. Many people get interested in how to make beer at home, buy the equipment and may go as far as to make a batch or two of beer. But then after a while they lose the persistence to getting really good at making beer and they give up.

But in this very popular and growing field of home brewing, there are a few who go on to greatness as makers of fine beers at home. It’s from this group that you commonly see the finest of home brewing being produced and the beers that consistently win prizes at home brewing contests that are held each year. And it is from this group that you most often see amateur beer makers make the leap over to begin selling their beer commercially and maybe go on to owning their own beer pub in town and realizing an entirely new career doing what they love to do, making beer all the time.

Those that reach that level of success have the heart of a true Brewmeister and they exhibit all the traits of someone who is destined to create some wonderful and delicious beers. So what characteristics are in the personality of someone who can push on to that level of success brewing beer? It’s helpful to think this through to see if perhaps you have the heart of a true Brewmeister as well.

Someone who will succeed at brewing beer has a high attention to detail. At first, you have to learn the ropes of making beer by following the instructions that come with your beer kit or equipment and learn all you can about the step by step process of making a very basic batch of good tasting beer. The future Brewmeister wants to learn the basics and get them down very well so his foundation is strong once the time comes to innovate and use some brewing creativity to make some truly new and interesting blends.

The Brewmeister also is a virtual fanatic about cleanliness and sanitation. Most often when you taste home made beer that is flawed, it comes from lack of attention to sanitizing the preparation equipment and maintaining an almost operating room level quality of sanitation throughout the brewing process. To the one who is a Brewmeister through and through, there is not such thing as “good enough” when it comes to how clean his beer brewing facilities are.

Only perfectly sanitary is good enough.

Above all the true Brewmeister will wait as long as it takes for that beer to go through the weeks of fermentation and ageing. And if he takes that beer out after a cycle is done and tastes it and it isn’t up to his high standards, he can wait another month or two or more until it reaches a level of high quality that will be acceptable to anyone who drinks the beer he makes.

Finally, that one Brewmeister in a hundred who goes on to greatness in making the best beer imaginable from a homebrewing setting is impossible to discourage. The idea of giving up because one batch of beer didn’t come out right or something else introduced a set back to the effort is out of the question. It is that kind of persistence combined with patience, attention to detail and creativity that is the perfect personality blend that makes a great Brewmeister who will go on to greatness in this wonderful passion for home brewing.