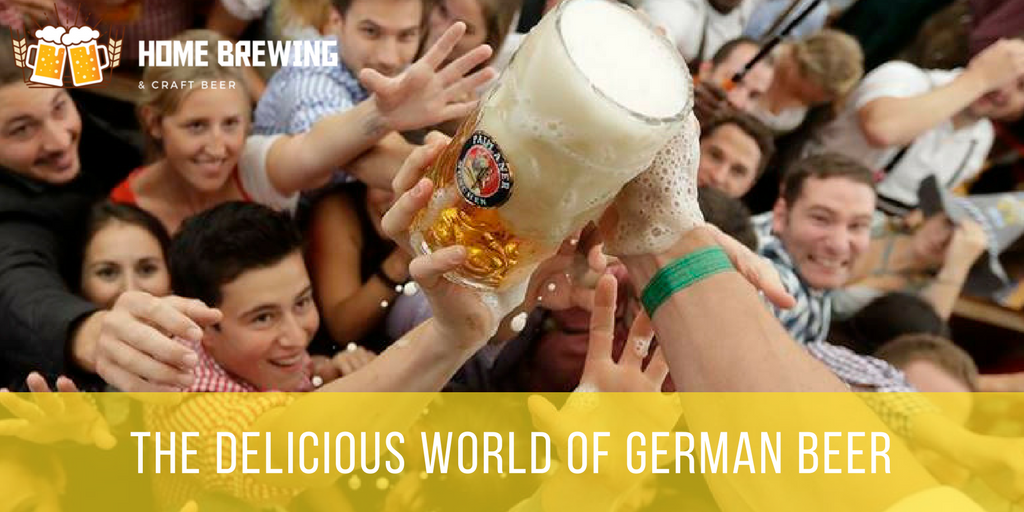 The delicious world of German Beer

The delicious world of German Beer Real German beer is also not pasteurized as many American beers are, which allows the beers real flavor to flourish.

Listed below is some of the different types of German beers typically found in Bavaria and what you can expect if you order one of these types.

The standard light beer, when you order a “Helles” in a pub or restaurant you will usually get a pint. Depending on the brewer it can be quite refreshing. Some beer gardens have responded to the public’s outcry for smaller quantities and now also offer them outdoors, the “real” beer garden only serves the “Maß” (one quart). By the way, this precise nation has laws governing the quantity of liquids served to the public, that is why you will find level markers on each glass.

If your Maß looks like it is not quite 1 liter after the foam settles, just go back and say “bitte nachschenken”. The man at the keg will be impressed that you know your way around.

If you like a more bitter and less malty taste try the pils which is also called pilsener. You can order them in restaurants and special pils bars. Take a closer look at the time consuming process of serving a foam crowned pils with perfection.

You will see dozens of glasses filled with foam only, waiting to settle. It can take a good quarter of an hour for the foam refills to turn into the golden liquid. This particular beer is arguably the closest to American beer you will find in Germany.

Against popular beliefs it is not the most powerful in alcohol contents. It is basically a lager bottom brewed beer containing “toasted” malt. Many enjoy mixing this with cola.

A very good idea on a hot day when you prefer a lighter tasting beer. Weizen means wheat, often called a Weissbier (white), and is served in tall and elegant 1/2 liter glasses. But beware of its “light” character it is the strongest in alcohol content. While some will serve it with a slice of lemon, do not put one in your Hefe (yeast) Weissbier.

The Hefeweissbier comes only in bottles. A professional will wet the glass and pour the bottle at a steep angle. With the foam that remains at the bottom of the bottle he will collect the yeast (swirling action) and add it to your beer.

Bock and Doppelbock (A Bock beer)

Bock is a term used for a stronger beer (doppel meaning double). Fasting monks found an ingenious way of
compensating the lack of food – they started brewing very strong beers. March and October are the two most prominent seasons for brewing these special beers but you can find them year round.

Belgium And Beer: Made For Each Other