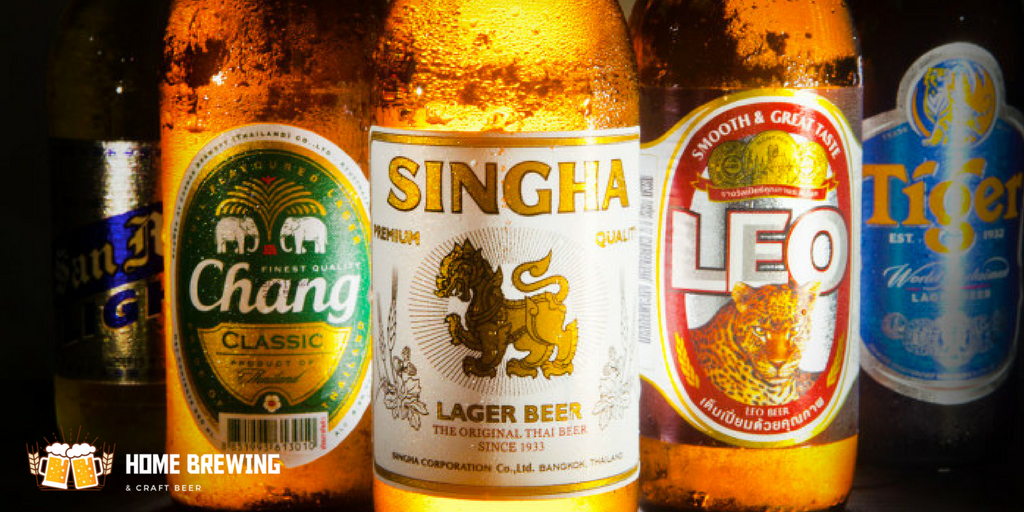 Thailand has a long tradition of brewing, with the first beer brewed in 1933.

Thailand has a wide range of locally brewed beers. Some of them like Singha, Chang, and Phuket lager are uniquely Thai. Some are brewed under licence like Heineken and Tiger. The beers brewed in Thailand are mainly lager beers, that is largely because of the climate, with noon day temperatures often around 30 degrees Celsius. The relentless heat makes a lager a great thirst quencher.

Thai Bev produces Chang, Archa and Federbräu. Chang is quite different from Singha, its main rival. It has a more full bodied malty taste, with a slightly dry, slightly bitter after taste. A nice, well balanced beer, but less refreshing on a hot day than some of the lighter beers. It has a lower price and higher alcohol content (6.4%).

Chang is now the most popular beer in Thailand. It’s popularity due, at least in part to its sponsorship of Everton football team. ThaiBev also produces Archa, a lighter bodied, lower priced beer. ThaiBev recently introduced a new brand Federbräu.

It is one of only two Thai beers to be brewed under the German Brewing laws. ThaiBev has gone to great lengths to disguise the beer’s origins, and create an image of a beer of German origin. The label does not mention ThaiBev, only mentioning the Cosmos Brewery where it is brewed. It is intended to compete directly with Heineken, in the premium beer category. It is a light tasting, German style beer.

Thai Asia Pacific, was formed in 1993 by Asia Pacific (Singapore) to brew Heineken under licence in Thailand. The company also brews the popular Tiger Beer under licence and recently launched a new beer for the Thai market, Cheers.

It’s a lighter beer, that has won some awards including the Monde Selection gold medal for full taste and high quality.

It is light in taste and low in calories, although it is 5% alcohol. It has become the beer of choice among Thai women drinkers, with the promise of fewer calories!

Phuket Lager Beer is made by an independent Thai brewer, Tropical Beverage Company. It is produced with premium ingredients including German hops, and is an all-natural beer with no additive or preservatives. Phuket Lager received the first gold medal ever for a beer from Thailand, at the 2006 Monde Selection Awards. Phuket Lager has a malty, sweet, smooth taste, with a nutty after taste. It is brewed at the San Miguel Brewery under the supervision of Tropical Beverage Company.

There’s a good selection of Thai brewed beers available to suit all tastes. You’ll find them in supermarkets and 7/11 corner stores. Just remember the licensing hours in Thailand: alcohol sales are permitted between 11:00 and 14:00 (2pm) and from 17:00 (5pm) to midnight. The supermarkets abide by the rules, but you might find a corner store that will forget to check the time!