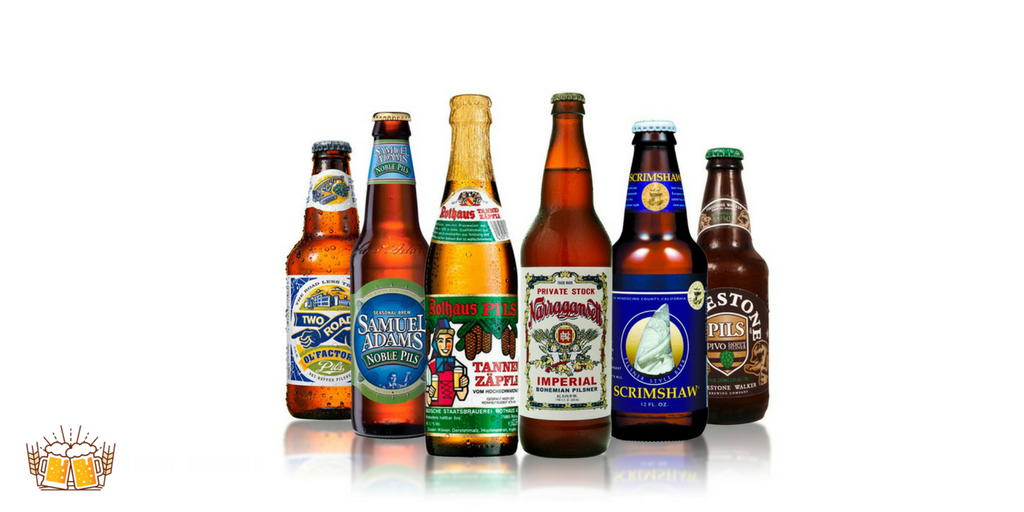 Pilsner beer is a style of beer that has many origins – Bohemian, Czech, Bavarian, and into the early 19th century America.

When German immigrants came to the United States they brought there unique Bavarian brewing practices with them. Americans in general owe a great amount of homage to the German Immigrants. Without them we wouldn’t have the classic American Lager. Again another style of Lager in it’s own right. What we know today as American Lager, Was not what it was before prohibition.

The beginnings of prohibition, We can thank for the watered down beers in America today. Pre-Prohibition Lager’s would be a big surprise to a lot of us today for sure.

Let’s talk about the classic Lagers that the German immigrant’s brought such as Mr.Stroh’s. Stroh’s was once a very popular Brewery hailing in Detroit,Michigan. For anyone that has drank a crisp clean Stroh’s, This is American Bohemian style Lager beer.

Many of the immigrants that came over from Germany brought the famous Lager yeasts that we know and taste today. They also brought there special ways of mashing with them as well. So think about if they hadn’t came over to America? We wouldn’t have known this unique gold colored beer.

But we do know Heineken still uses the German Hallertau hops for all hop additions. I urge you to try Heineken and Pilsner Urquell in separate glass’s and have your own taste test. You’ll be surprised in the differences you notice. Write them down and see what singularity’s and differences you can taste. Then maybe come up with your own take on the Pilsner style.

There was a Pilsner I tasted when I first began homebrewing. It’s know there are different five taste perceptions. This Pilsner beer hit all five of these sensations all at different times through the after taste. It was one of the most taste worthy beers I’ve ever had. Sadly I’ve since lost the recipe and can’t get in touch with who has it. But I would love to find it again.

When you try Pilsner beer you are trying heritage of great Brewmeisters the world over. Again I urge you to try all of the different beers and brew what you like.