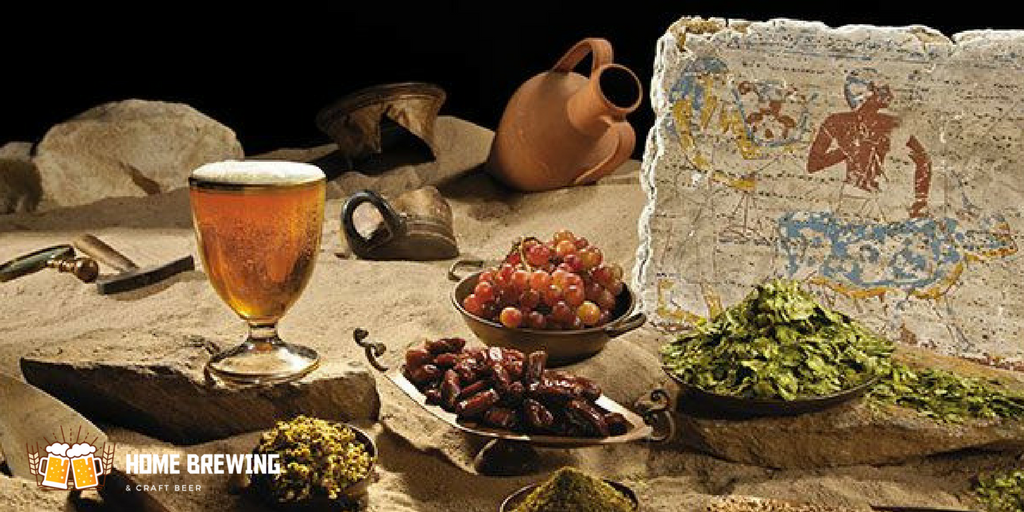 Beer is one of the oldest and most consumed alcoholic beverage produced by brewing and fermentation of starches derived from cereals.

Wheat,corn,rice and malted barley are commonly used for brewing the beer. While brewing beer sometimes herbs or fruits are also be added to give flavor and color to beer. Alcoholic beverages which are fermented from non-starch sources such as grape juice(wine) or mead are not classified as beer.

Beer is recorded in the written history of ancient Egypt and is one of the oldest beverages approximately dating back to the 6th century B.C. European monasteries also started making and selling beer by the end of 7th century A.D. During the industrial revolution production of the beer moved from domestic manufacturing to industrial manufacturing.

Beer like beverages were independently invented through out the various cultures mainly because any substance containing carbohydrates like sugar or starch can easily undergo fermentation. During the thirteen century making the beer and selling beverages from home was a mean of supplementing family income.

The basic ingredients of beer are water, starch and yeast. Sometimes secondary starch sources are used such as wheat, rice and sugar, these sources are used as low cost substitute for malted barley.

Fermentable in the beer is provided by the starch source of the beer and hence, it is the key determinant of the character of beer. Malted grain is the most common starch source used in beer, malted grain produces enzymes that converts starches in grain into fermentable sugar. Colour of beer will depend upon the colour of malted grains, that means darker the grains darker will be the beer. For flavouring and preserving the beer flower of hop vine is used.

Hop is also used to balance the sweetness of malted grains, as it contributes to bitterness of beer. Sugar extracted from grains is metabolized by microorganism known as yeast, it is the yeast only who is responsible for fermentation in beer. Yeast not only ferment beer but also influence the character and flavour of beer.

Sugar extracted from grains produces carbon dioxide and alcohol which turns wort into beer. Common method of categorizing beer is from the yeast which is used in fermentation process. Top fermented yeast is used to brewed the ales.

The important distinction between ale and lagers is that ale is fermented at higher temperature due to which ale ferment more quickly then lagers. Real Ale is the natural product which is left inside container after brewing to get mature and then it is went through secondary fermentation process which leads to formation of CO2 which in turn increases the pressure in flask which forces it out of container and then it is being poured.

Common method of serving the draught beer is from a pressurised keg used in bars around the world. The keg is pressurised with carbon dioxide which drives the beer out from the tap of keg. While bottling the beer mostly beer is filtered to make it yeast free. Now a days beer is mostly sold in cans. It is advisable to preserve the beer in cans because it protects the beer from light and also from leakage. Taste of beer also depends on the temperature of beer at which it is served, some like chilled beer and some like beer preserved at room temperature and also some add ice to it to make it more chilled.

It is said that moderate consumption of alcohol reduces risk level of cardiac diseases. Beer is also referred as “liquid bread” , beer contains significant amount of nutrients because it is said that brewer’s yeast is rich source of nutrients.

A study found that beer which has low quantity of alcohol may posses the anti-cancer properties and also reduces the risk of cardiovascular diseases. It is consider that overeating and lack of proper exercise is a result of beer belly rather then product itself.

How To Enjoy A Glass Of Beer