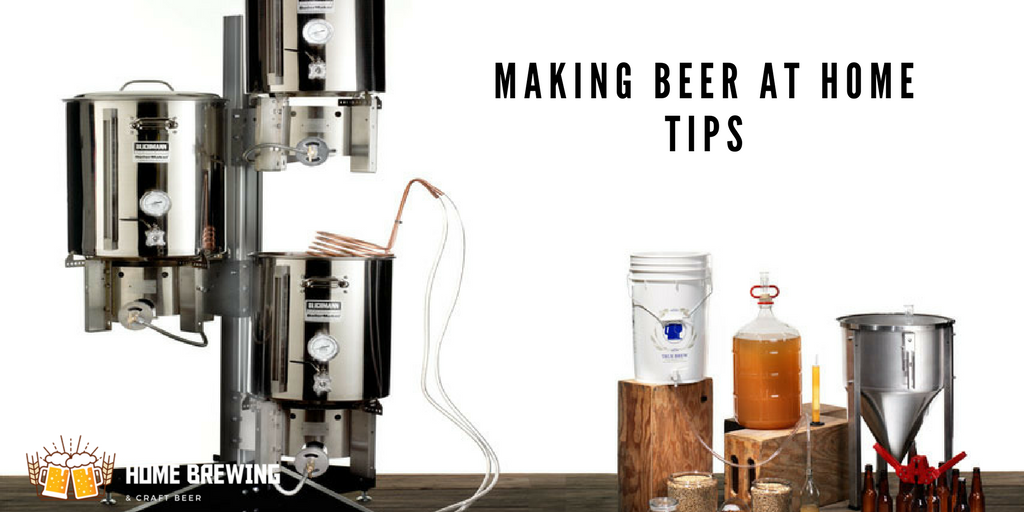 How To Make Beer At Home Tips

If you are one of the many people out there who are a tried and true beer lover, then you are definitely going to want to know how to make beer at home.

It is actually not that difficult of a process, and as well it is not expensive either. If you are interested in learning how to make beer at home, then you are definitely going to want to read on so that you can learn about the basic process that is involved to make beer at home.

How To Make Beer At Home

There are only really several steps that are involved if you want to make beer at home. The first is to get yourself a beer kit, which is a kit that is going to include all of the different tools and materials that you are going to need to make the beer.

Then you need the four main ingredients, which are:

Water is the most abundant ingredient in any style of beer, malted barley is barley grain that has carefully been soaked in water until it sprouts and is then dried and used to make beer, hops balance out the sweetness by adding a degree of bitterness and also add a distinctive aroma to the finished brew, and finally, yeast is the catalyst which makes it all happen.

The next thing that you need to do is add all of the ingredients together using the beer kit, and there are usually instructions that come with each different beer kit because each kit usually has some different aspects to it.

You can even add your own decided flavors to the beer if you like, however, you just want to make sure beforehand that you know what you are doing so that you do not use too much or too little and end up ruining the beer.

However, even if you do make a mistake, you can just throw that batch out and make a new one, as practice is going to be the only way that you will be able to learn. After a few batches, you are going to be quite good at making your own beer, and you will be surprised at the freshness and tastiness of it, especially compared to the beer that you are used to drinking.

Just make sure that you are responsible and that you are not careless with a process such as this and overdo it.