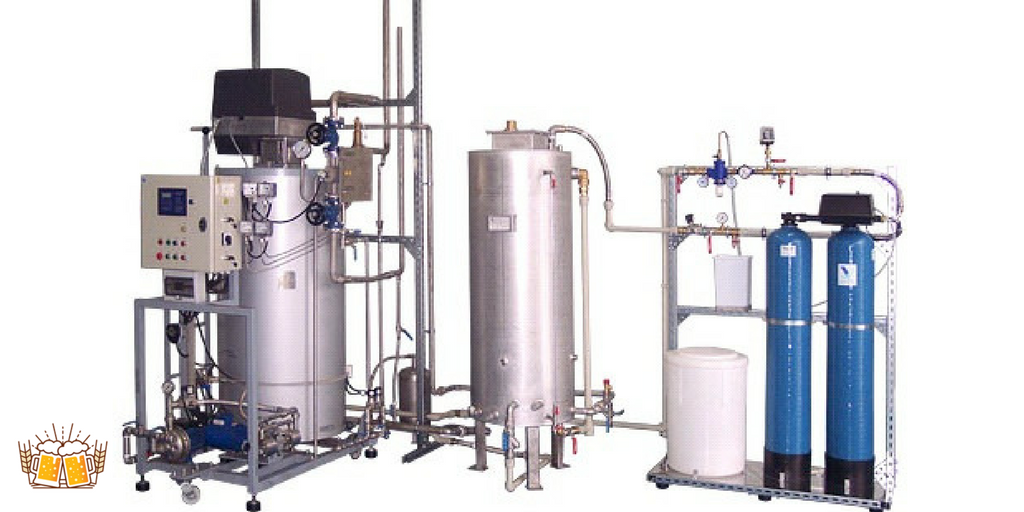 Raising the temperature of mash can be a slow, yet necessary process and using a home brew steam generator can cut the time.

However, using steam to heat the mash can also be dangerous as steam can cause sever burns, quickly. While water heated to boiling at 212-degrees Fahrenheit is hot, steam heated to the same temperature will do more damage simply because boiling water begins to cool as soon as it touches your skin. Steam, on the other hand, will need to condense to water before beginning to cool off, giving it more time to inflict more damage and pain.

With that in mind, a home brew steam generator can decrease the time it takes to heat the mash by considering the same principal. Essentially, steam can be generated in a pressure cooker and then piped into the container holding the mash.

As the steam enters, it maintains its temperature longer than boiling water will and increases the temperature of the mash at a rate of about one degree centigrade, 33.8 degrees Fahrenheit, per minute.

There are some precautions to be used for making your own home brew steam generator and having the right heat source is needed, or else the heat of the steam may lack enough power to produce the sustained release of steam that is needed to achieve consistent heat exchange.

Ease Of Construction For Steam Generator

To build your own home brew steam generator you will need an electric hot plate capable of about 2100 watt, along with a pressure cooker, copper tubing, the pressure weight for the cooker and a shut-off valve. The copper tubing is attached to the lid of the pressure cooker by drilling and threading the hole and using a copper connector available at most hardware stores.

The end of this tube is pinched closed and a series of small holes, about one-sixteenth of an inch are drilled a half-inch apart to complete the home brew steam generator. Fill the pressure cooker about three-fourths full of clean water and turn on the heat source, leaving the pressure weight off for now. When steam begins to rise from the top tube, clearing any air from the cooker, place the weight in position and the steam will be forced through the tube, in the bottom of the mash, beginning the heating process.

Stir the mash occasionally during heating to keep the temperature uniform. To stop the heating process, turn off the heat source and remove the pressure weight. You can also at this time close the shut-off valve.