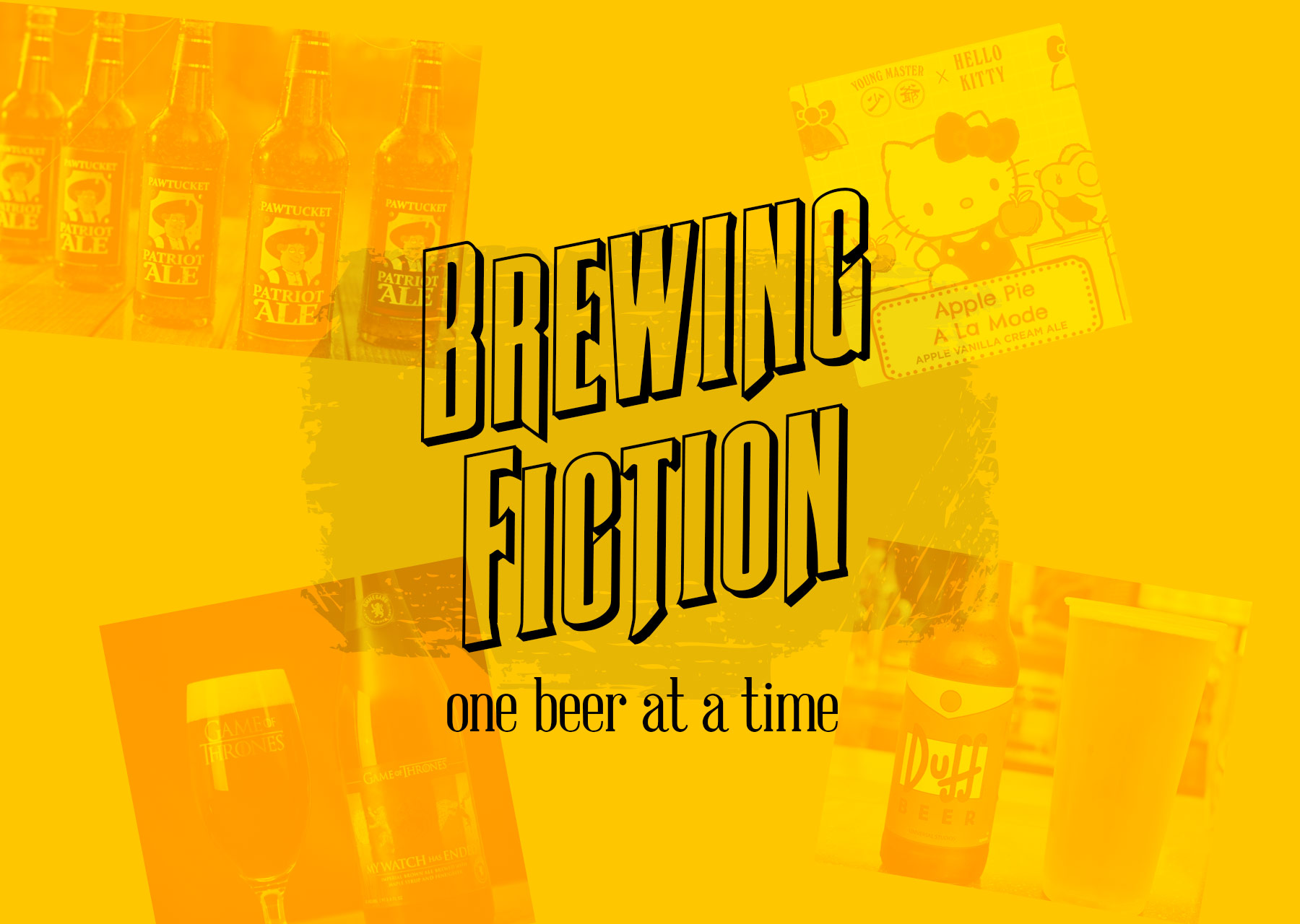 Brewing fiction, one beer at a time

From the much awaited Game of Thrones season finale beer to the iconic Duff Beer from The Simpsons, popular culture has shaped our relationship with beer ever since televisions began occupying a prominent place in households across the world. Some brews may be fictional, bootlegged, and even gimmicky, however today, studios like Paramount Pictures, HBO and 21st Century Fox have teamed up with brewmasters to craft real versions of these fictional beers. Here’s a low-down on what you need to know about fictional beers, but were too drunk to ask.

Hello Kitty, peddler of all things girlie and cute, from stationery to keyboards, this time it’s a dessert in a can, masquerading as beer. In 2020, Young Master Brewery, a Hong Kong craft beer company that is known for its Asian-inspired flavor profiles, collaborated with Sanrio (the official home of Hello Kitty and friends) to release Apple Pie A La Mode inspired by Hello Kitty’s favourite dessert, apple pie.

With tasting notes of caramelised apples, cinnamon and vanilla, this one sounds more like a dessert rather than a beer. Aimed at women (not under-age children), non-beer drinkers and those with a sweet tooth, beer drinkers will probably grab a can for collection’s sake.

Game of Thrones: My Watch Has Ended by Brewery Ommegang

When the epic Game of Thrones season finale was announced in 2019, HBO and a US brewery decided to create a beer that would be “a tribute to fans everywhere, and a fitting end to the series.” The recipe of the Imperial Brown Ale that is brewed with maple syrup and fenugreek is a nod to Bran the Broken and his time beneath the Weirwood tree.

The beer’s color is rich mahogany, on the nose you will get aromas of maple and caramel. One deep sip and you won’t be able to miss the notes of cocoa, cinnamon and toffee. Very smooth and very potent. Definitely a collector’s item and something both beer and GoT fans can enjoy with friends as they reminisce about their favorite episodes and characters.

Name of Beer: My Watch Has Ended

Homer Simpson’s poison of choice, Duff is one of the most famous fictional beer brands. A cheap mainstream beer, it’s a parody of large American beer brands, most likely, Budweiser. Legend has it that either the beer was named after the Guns N Roses bassist Duff McKagan or the name ‘Duff’ kept coming up in brainstorming sessions and the name stuck. Neither legends have been confirmed or denied.

On numerous occasions on The Simpsons, the series has joked about the questionable quality of the fictional Duff, however, the popularity of this fictional beer brand grew so much that it ‘inspired’ a whole lot of real world ‘entrepreneurs’ to sell their own beers under the ‘Duff’ moniker (leading to a lot of legal issues!). Finally, in 2013, 21st Century Fox commissioned Florida Brewing Company to create three recipes for Duff and went on to brew Duff Beer, Duff Lite and Duff Dry.

The only place where you can get a sip in the U.S. is at Universal Studios in Orlando when it began selling these three variants of Duff Beer in June of 2013 at Moe’s Tavern and Duff Brewery in the Springfield area of the park.

Name of Beers, Style and ABV:

Manufactured in the fictional city of Quahog, Rhode Island, Pawtucket Brewery is also the employer of the show’s protagonist Peter Griffin. As with all typical industrial beers, this fictional beer brand’s tag line is not surprisingly, “If you buy it, hot women will have sex in your back yard!”

Said to be a parody of the Boston-based lager Samuel Adams, the brewery owner Pawtucket Pat looks like a Willy Wonka, Mad Hatter type character who wears an oversized beer can as a hat. Brewed by Chumbawumbas, dwarf creatures that parody the Oompa Loompas from the original book, some blogs claim that this fictional beer is either an American style pale ale or an English bitter. According to our research, till today, the studio hasn’t commissioned any brewery to make this ale.

This beer has, “gone where no man has gone before,” i.e. space! A highly intoxicating beer with a cobalt blue (yes, blue!) color, this one has been banned by the Federation. Known for its extreme side-effects (aka everyone getting “instant drunk”), the recipe is not readily available due to lack of communication between the Federation and the Romulan Empire. However, a hard core trekkie (i.e. Star Trek fan) would tell you that a brewery actually created this midnight blue concoction to be consumed on Earth by “humans who cannot hold their neurotoxins!”

Style of beer: Pale Lager that is blue in color

No article on beer and popular culture can be complete without the wizard of popular culture – Harry Potter. If you’re looking for something a little (or a lot) more potent that Butterbeer, there are not one, not two, but three specially crafted brews by Florida Brewing Company.

Hog’s Head Brew (ale), Wizard’s Brew (stout) and Dragon Scale (lager) are brews that will get you Rowling. Exclusively available at The Wizarding World of Harry Potter at Universal Orlando Hog’s Head Brew is a smooth red ale that pours a rich amber color. Wizard’s Brew is a dark, brooding stout with chocolate and coffee notes. And finally, the Dragon Scale is an amber lager.

Pro Tip: Ask for the Triple, unofficially nicknamed the “Deathly Hallows”. It is not on the menu and is made up of a layer of golden Strongbow Cider on the bottom, then the amber hued Hog’s Head Brew in the middle and it’s finished with a dark layer of Guinness on top.

Name of Beers, Style and ABV:

The History and Background of Belgian Beer