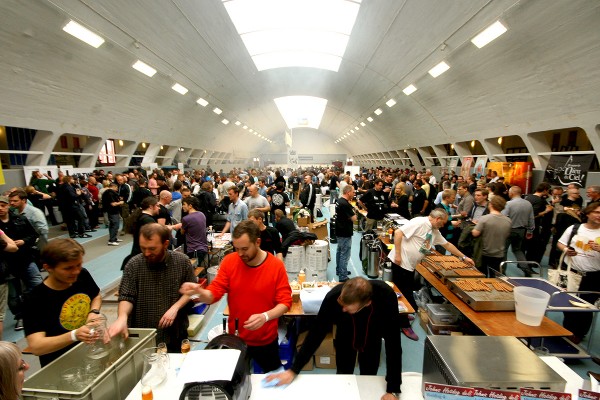 Beer is brewed in almost every country in the world. The type of beer produced by a country is based on the type ofingredients it produces. All beers use similar recipes, using hops, barley, water, yeast and sugar. Malt is a process that is done to barley grain. Malted barley is often used to make beer because of its high enzyme content.

Different countries have developed different ways to make beer, which they have carried down through the years.

Belgian beers allow that sugar can be added before fermentation. This permits them to produce a different type of beer. About 75% of the beers produced in Belgium are pilsners. Belgian beers are quite varied. Belgium is known for their unique ales, called table beers. Other types of unique beers are white, abbey, trapist and lambic, all with their own unique brewing method and flavor.

Beers brewed in the Czech Republic and Slovakia are similar to German beers. They are rich beers. Like German beer, no sugar is used in the brewing process. Instead, malted grains are used, which develop enzymes that modify the grains starches into sugars. Czech beer has been brewed for centuries and is a national staple.

The Czech Republic has the highest beer consumption, per capita, in the world.

In Germany beer is an important part of culture. There are more than 2,000 different beers available. Traditionally, German beer is made using only hops, barley-malt, water and yeast. A law, called the Reinheitsgebot, says that these are the only ingredients that can be used in making beer. German beer is typically a dark, rich beer.

In England the most popular beer is ale. Ale is a dark, hoppy beer traditionally served in pint glasses. English pubs also sell stout and porter. These are dark beers that are traditionally have a strong flavor. Many of the pubs are tied to specific breweries. Guinness is the most famous of the English beers and is available worldwide.

In the USA, lager beer is the most common type of beer. Lager beer is a clear, light, golden, amber-colored brew with a light taste. There are many breweries. In recent years, many microbreweries have sprung up, with many types of beer now available. The USA also imports beer from every country, making it available at bars and liquor stores.