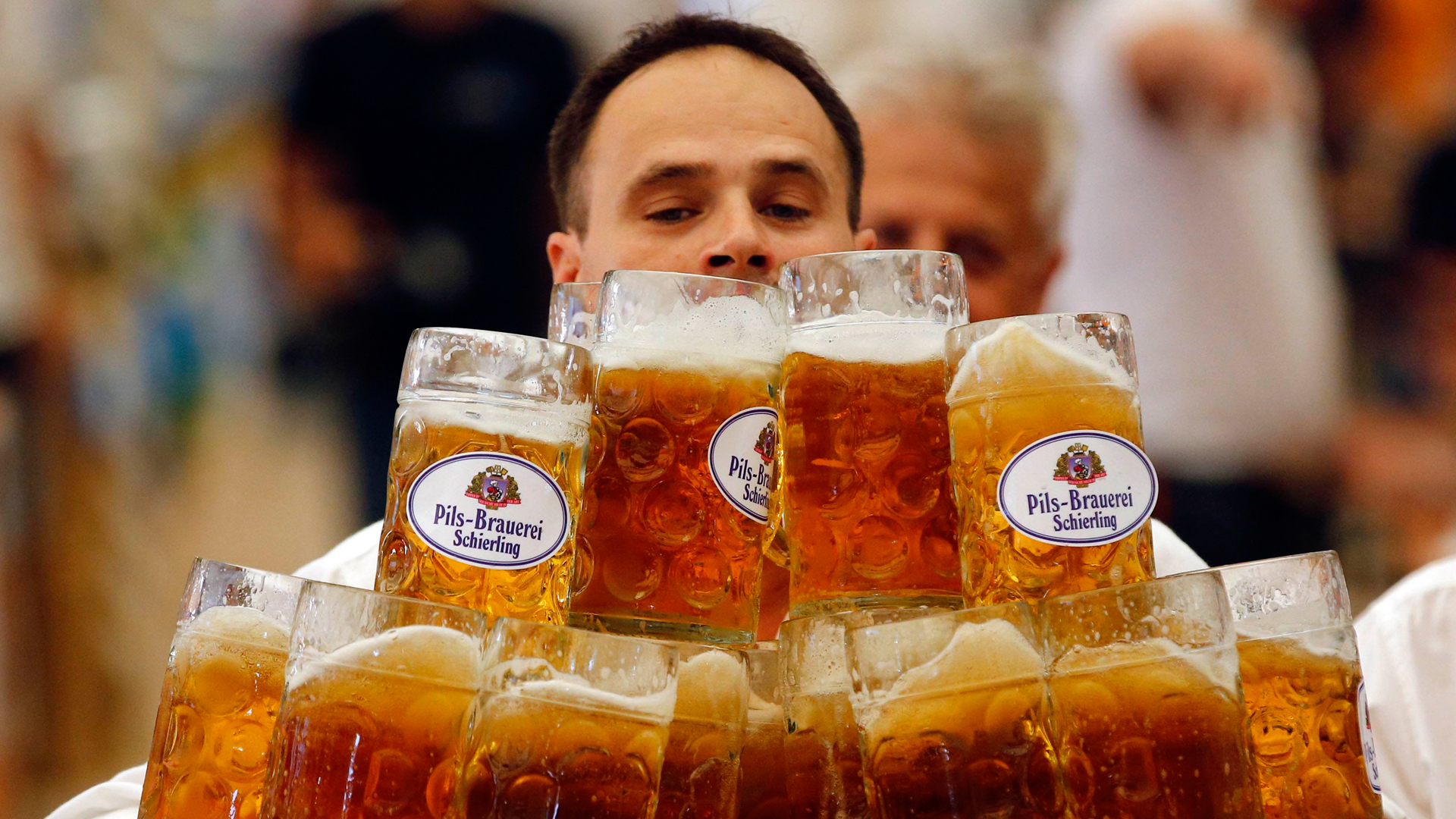 All About German Beer

Throughout Germany, beer is very popular with the culture.

Germany contains well over 1,000 breweries, which is more than any other location in the world. All beer that is manufactured in Germany must follow the purity law, which lets manufacturers know what ingredients can and can’t be used.

Basically, the only ingredients allowed to make beer in Germany are water, hops, and barley malt.

Due to the strict purity requirements, you can easily notice German beers by their overall level of quality. They have a distinct taste, with little to no aftertaste.

Some styles of German ale include Koelsch, Weizen, and Altbier. Some types of German lagers include Bock, Pilsener, Dunkel, Helles, and Maerzen. Keep in mind that the taste, aroma, and color can vary, although all can be identified as being true German beers.

The German beer Altbier is a very common dark ale, that is top fermented in the lower regions of Germany. The beer proposes a yellow color, with a taste that is rich in hops. Another ale, Rauchbier, is known to have a smoky flavor with a smoked color. These beers taste great and happen to be very popular throughout the regions of Germany.

German lagers are also very popular and happen to be popular in other areas of the world as well.

Pilsener is one of the most popular and most familiar of all German beers, providing you with more hops and less malt.

Pilsener can be found for sale all over the world and happens to be very popular throughout North America as well. Several bars serve it as well, as it happens to be one of the most popular dark lagers out there.

Throughout Germany, there are several different companies, produce over 4,000 different brands of beers. Some of the more well known and larger companies of north Germany are Beck, St. Pauli, Warsteiner, and Krombach. In the southern region of Germany, there are more breweries, although most of them are smaller, as they are locally owned and operated.

Southern Germany also contains the Benedictine Abbey, which is one of the oldest breweries in the world.

Germany is also home to Oktoberfest, which is held every year in Munich. Oktoberfest starts in late September and carries on for two weeks, ending in early October. During Oktoberfest, beer drinkers from all over the world will travel to Germany and celebrate German beers.

Each and every year, over 5 million people attend the event, making it one of the biggest beer celebrations in the world.

During Oktoberfest, local breweries in Munich are the only breweries allowed to serve beer in the bigger tents.

There are six breweries in total, producing a variety of different beers. By attending this yearly event, you can learn more about German beer, sample the different varieties, and enjoy the rich bold flavors that make German beer so very popular.

Due to the success, Oktoberfest gets each and every year, other cities around the world try and mimic this event. Even though they have success, their level of success isn’t near as much as the original Oktoberfest – Germany.

German beers are very popular around the world, with Oktoberfest helping to prove that very claim. If you drink beer but have never experienced what beers from Germany have to offer, you really should give them a try. Once you do, you’ll quickly realize why German beers are so very popular – and why the taste simply can’t be duplicated with any other beer.