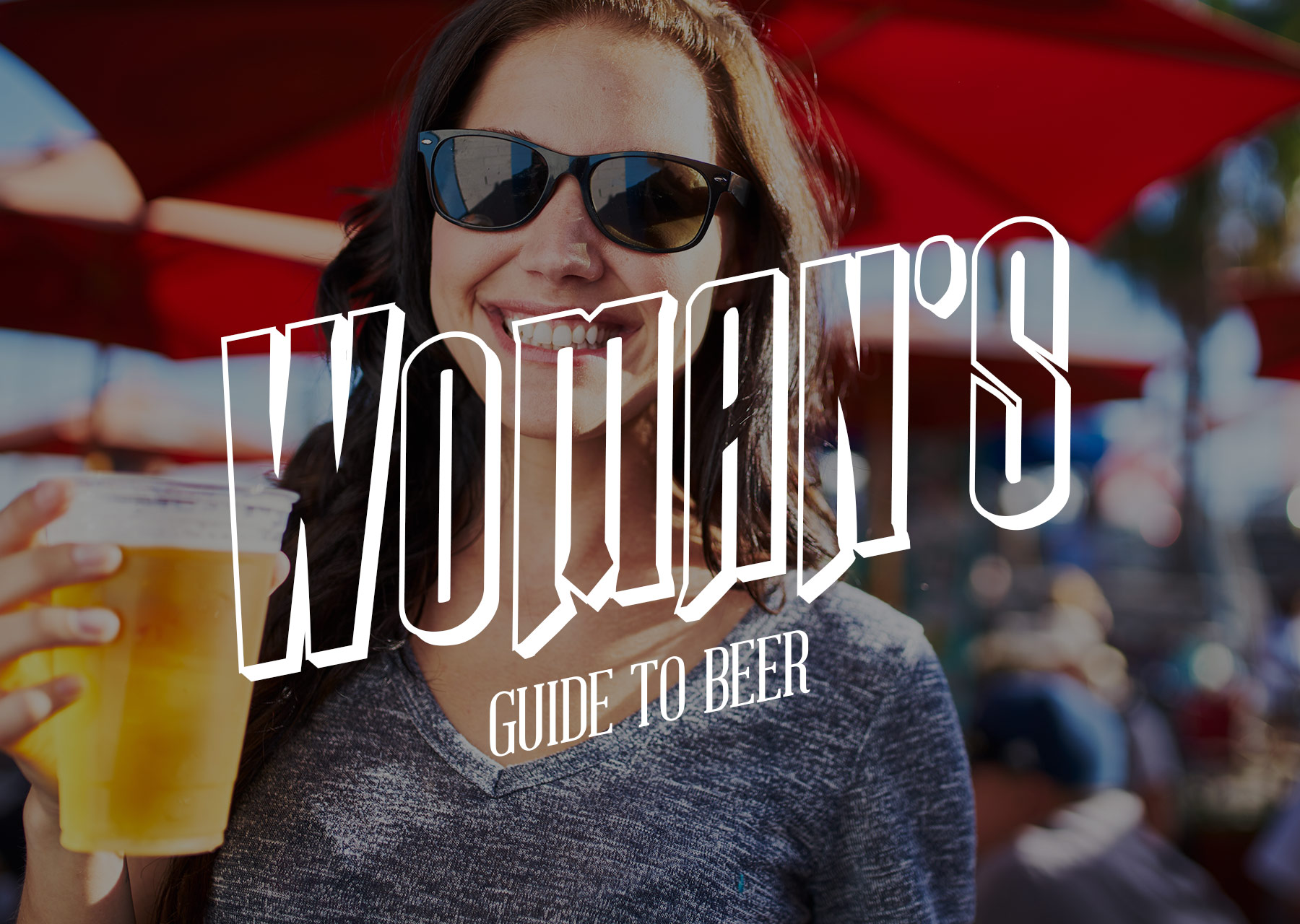 A Woman’s Guide to Beer

Are you annoyed with breweries that are creating pink drinks, masquerading as beer? Sick and tired of having to drink the same ales that are targeted at men? Stuck drinking lagers with names like Double Wench, Panty Peeler and Old Slapper? If your answer is, “Yeah, wtf!” then this guide is for you.

Brewing styles every woman should get her hands (and lips) on:

1. Lambics, Goses, Fruit Beers: Pucker up for fruity playfulness
If you think beers are mostly bitter, you’re drinking beers that are unimaginative. Not only are they sour, salty and even sweet, today, brewers have taken inspiration from Belgium and begun marrying sour beers and sweet fruits to create love children of epic proportions! While Belgian Lambics are known for using cherries and raspberries and spontaneous fermentation, today’s world’s brewers are mimicking their style but embracing their countries’ fruits and making it their own. From mangoes, strawberries, apricots, blueberries, pears and watermelons, breweries are slowly turning into orchards in the summer! And in the winter, darker, autumn fruits like plums, blackberries, cherries are used in rich porters and stouts.

2. Belgian Witbiers: The Au Naturale Shandy or a Radler
To take the edge off a lager or pilsner, many bartenders mix Sprite or lemonade to add a bit of sweetness to the beer. A better option that you might enjoy is a citrusy Belgian Witbier at your local microbrewery or bar. Brewed with a generous amount of orange peels it’s naturally citrusy, and the perfect refresher. Unfiltered and cloudy with all the good stuff left in, this one is a natural radler, with flavors of sweet lime, mandarin orange and tangerine.

3. Bocks, Stouts & Porters: Rich, Dark and Chocolatey
Rumor has it that women don’t like dark ales and lagers, because they are bitter and stronger. It’s time to bust that myth because women do indulge in rich, dark, bitter flavors. After all, women enjoy espresso coffees, 70% dark chocolate, and black tea. While it will be hard to find women that quaff down double-hopped IPAs before happy hours get over, you will find many who enjoy sipping a smooth, creamy Irish Stout or a sweet, velvety Chocolate Porter at a leisurely pace. P.S. Bitterness or alcohol content has nothing to do with the color of a beer. The color comes from darker ingredients that are used in the brew – darker malts, cocoa nibs and chocolate malt.

“Secret Societies” every hoppy woman should be a part of

Beer drinking is not just about drinking. It’s also a social activity, with congeniality, good company and warm conversations. Many women feel out of place at a pub or watering hole, especially if they are drinking alone. To help ease the awkwardness of this very pressing matter, here are some drinking communities, festivals and events both offline and online for beer enthusiasts of the feminine kind.

Barley’s Angels – With 164 chapters, in 8 countries, this group aims to expand the appreciation and understanding of craft beer among women through events. Discover how to cook with beer, tricks to pairing beer with food and meet other women exploring this historic libation.

Pink Boots Society – They are the movers and shakers in the brewing industry and they have 76 chapters, in 8 countries. They host dinners, own breweries, package, design, serve, write (about beer), and cover just about any aspect of beer. And yes, they are all women.

Beers without Beards – Whether they meet up in local pubs, attend events and festivals, visit breweries or learn from women in the brewing industry, this is a group for women who would like to get together to enjoy beer in good company. In reality, they don’t have anything against beards!

Women are throwing their own festivals today, and taking matters into their own hands. With sponsors, participants and attendees putting money (and beer) where their mouth is, this new trend is thriving and growing – with women at the center of it.

She Brew – She Brew hosts an annual Homebrew Competition open to female home brewers. It features 30+ local female craft beer and cider brewers along with 10 homebrewers that compete for the Best of People’s Choice for best brew! ALL beers, ciders and meads are brewed exclusively by women.

Fierce Lady Beer Fest – A craft-beer fest featuring women-brewed beers, held on Women’s Day. The festival encourages women who are beer industry professionals to advance their careers through education. Kids are allowed too (but they can’t drink, of course).

The future’s bright and sparkling, just like the pint in front of you

The good news is that breweries have realised that while women may drink less, and less often than men, they are open to experimentation and far less cost-conscious about the price. Thus breweries and brewpubs are moving beyond using women as props to sell beer and are focussing on this untapped segment with glee. And that will throw open a whole new era of beer. Let’s clink to that!

Great Grains for a Great Beer