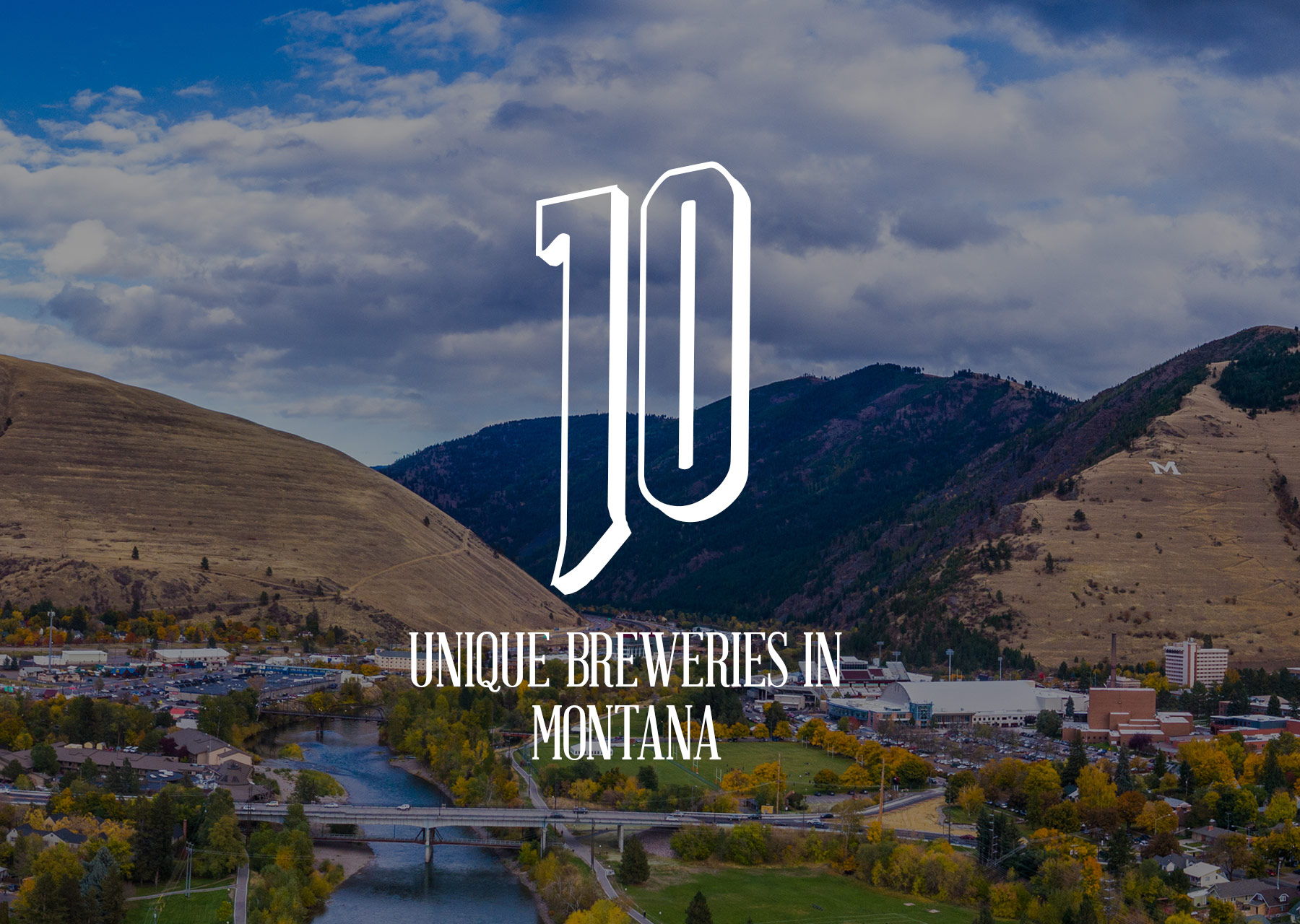 A state known for its mountains, tourism and hospitality industry; Montana is also famed for its craft beer. The Treasure State is ranked 2nd in the nation for the number of craft breweries. It is also the 2nd in the nation for producing malts. With beer’s key ingredients in abundance in the state, there’s no wonder Montana is a treasure trove of unique and innovative breweries. Find your next liquid gold to hunt with our list of special craft breweries.

Busted Knuckle Brewery opened in June of 2015 and quickly became a staple of the community. Founded by a seasoned self-employed mechanic, the brewery is outfitted with a quirky gearhead theme. You can settle in at a table made of radiators and mufflers, and marvel at the historic industrial artifacts that cover the walls.

Located in the shadows of the mountains in Bozeman, Mountains Walking Brewery is dedicated to bringing together the joy from good beer and good company. The brew masters believe in innovation and respect for the process of brewing. To the brewery Mountains Walking is a mutual adventure; you can tell them what you think when they try a new recipe.

The brewery has plenty of flavors to discover; try the hazy Grazing Clouds, a flavorful tropical juice bomb.

Named after the Roman god of the sea, Neptune’s Brewery’s motto is to “Drink Like God”. The brewery is a quaint, sea-themed oasis in the small mountain town of Livingston serving a variety of brewed-on-site hand crafted beers. Mythology nerds and connoisseurs of great beer – this place is for you.

Ride the tides with a Dirty Bird Pale Ale in hand.

Founded in 2006, Angry Hank’s started as a fun place for the owners/brew masters to make beer. Every aspect about this brewery is themed around anger and creativity, from the names to the packaging. Everything is proudly done in the brewery, from the milling to the packaging of its beers.

Bias Brewing is owned by two locals who are devoted to create community through quality craft beer. They enjoy exploring new beer styles, so they only feature a handful of “mainstay” beers. The rest of their line-up consists of rotators, brewers’ experiments, and seasonal specialties.

Since they opened, they released 41 unique beers, almost 1 per week, and has more to come. Try your luck with a flight of beers and sample the current experiments on tap.

Centrally located in Sidney, Meadowlark Brewing started with a dream and a love of craft beer. With five different series of beers, this brewery is one of the most unique breweries in Montana.

Bayern Brewing was founded in 1987 and is stepped in the rich tradition of Bavaria. Bavaria is the place knowns for producing the world’s most famous and sophisticated beer and the brewery hopes to emulate it. In fact, Bayern Brewing brew their lager beers in strict accordance to the German Law of Purity (Reinheitsgebot) of 1516.

Order a pint of Dragon’s Breath, a dark wheat Hefeweizen that is mild in taste.

Blacksmith Brewing Company is steeped in history. The building that houses the brewery and taproom was built in 1908. It began as a steam laundry and later became a blacksmith shop. With every brand the blacksmith made he would then burn it into the wall to make sure it was perfect. The brands still are embedded into the walls showing those who passed this way.

Grab a pint of Cutthroat IPA, a northwest American IPA with notes of pine and grapefruit.

Established in 2011, Draught Works Brewery brings the industrial spirit to its beers and its brewery. The building home to the brewery and tap room is a historic 1931 recycling center, with exposed wooden beams, bricks and a seating area adjacent to the brewing equipment. The brewery also hosts regular events and live music gigs for the local community.

Down a glass of Scepter IPA, an IPA with an aggressive hoppy and tropical aroma.

Featuring unique Elk decorations and a ranger aesthetic, Elk Ridge is a serious destination for craft brews. This hidden gem is a great stop on any micro-brew tour. The brewery also hosts weekly community events.