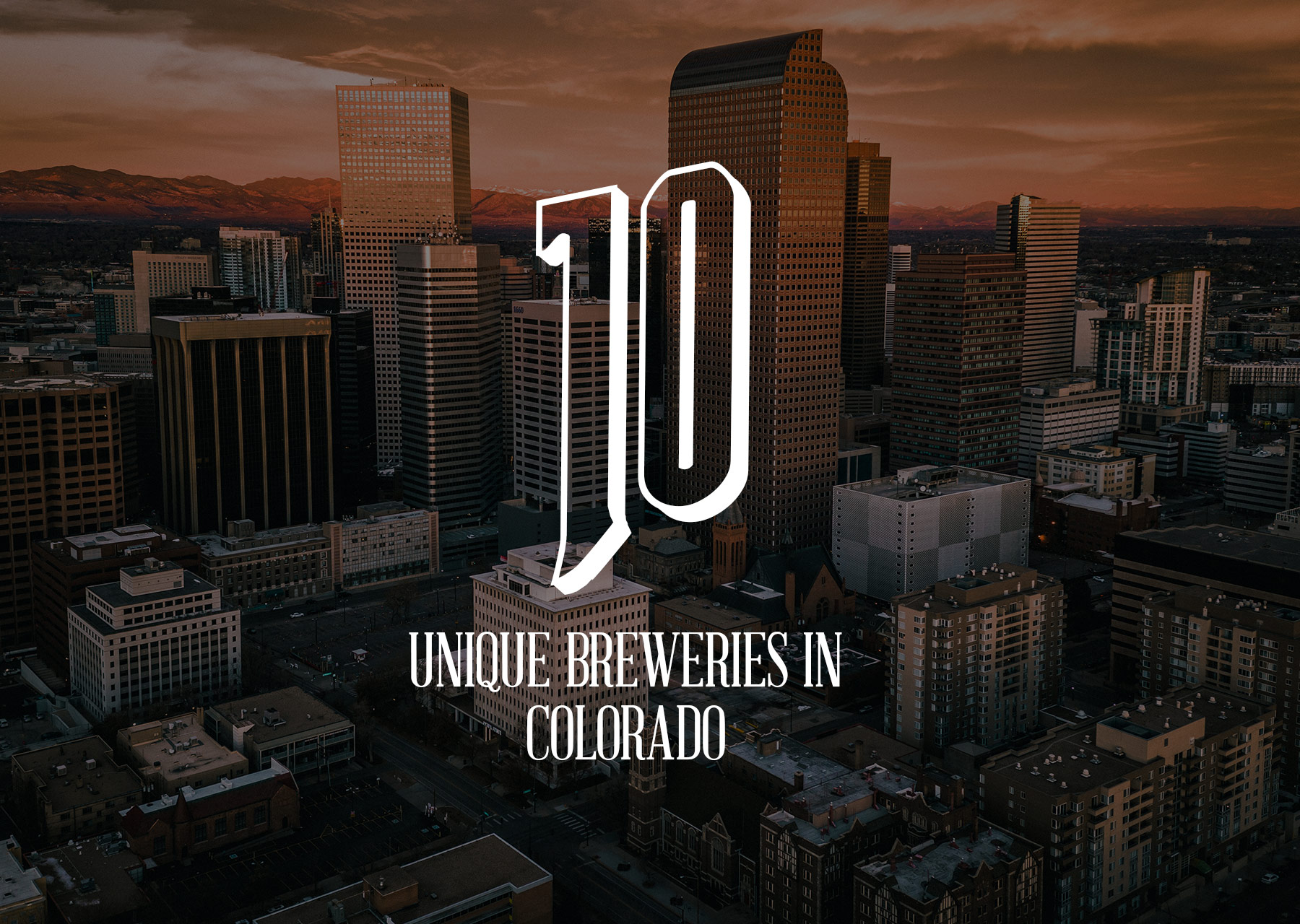 If you like beer, you’d love Colorado. The Centennial State has one of the largest concentrations of craft breweries in the nation; over 10% of the nation’s craft breweries are found within the state. In fact, the Great American Beer Festival, the largest domestic beer festival in the US, is held every year in Denver, Colorado.

With our list of unique breweries in the state, you’ll find out just why Colorado deserves to be proudly called The State of the Craft Beer.

Starting from a dream to make beer that excited them, Left Hand Brewing is a pioneer in craft beer since it opened in 1994. It is also one of the most award-winning breweries in the state as its creations have garnered awards and allocated within the country and internationally.

Left Hand Brewing prides itself in creating the first Nitro beer in a bottle, so don’t forget to the Milk Stout Nitro!

Try it’s creative and unique brews which include the Sad Panda Coffee Stout, a flavorful combination of vanilla, dark chocolate and coffee, and the Naughty ‘Nana Belgian Dubbel, a brew fermented with bananas.

A legend in the Colorado craft beer industry for over 25 years, Avery Brewing is dedicated to creating the perfect beer. Starting the four key ingredients (water, grain, hops and yeast) and focusing quality, it took a lot of drinking, failing, and drinking some more to achieve it. They have some of the most popular craft beers in the US.

There will be always something different and unique to try in the taproom, like the limited-edition creation: Rumpkin, a pumpkin ale aged in fine fresh rum.

If you love beer and literary adventures, Fiction Beer Company is the place for you. The brewery rewrote the Denver beer scene by combining the two wonderfully imaginative crafts of beer and literature together. In this brewery, every craft beer tells a different story with unique flavors, aromas, and textures that are inspired by works of fiction.

Stimulate your imagination with Madame Psychosis, a juicy New England Pale Ale with flavors of ripe papaya, mango and other tropical fruits.

Dos Luces Brewery is bringing a unique ingredient that’s often disregarded as a brewing grain: corn. The brewery explores the traditional methods to craft beer using corn as the core grain. They serve Incan chicha and Aztec pulque, as well as seasonal blends of the two styles and Chicha Morada a Peruvian root beer. All their beers are made from corn, and the stronger pulque also utilizes fermented maguey plant nectar.

To say that Dry Dock Brewing Company is well known in the state is an understatement. This popular nautical themed brewery is one of the state’s most award-winning. Since its opening in 2005, they won 23 Great American Beer Festival Medals, 7 World Beer Cup awards and a Brewery of the Year award.

Try the ever popular and award-winning fruity Apricot Blonde.

New Belgium Brewing manifest their love and talent by crafting beers beloved by its customers. A leader in sustainability and social responsibility, the brewery commits to using the business for the good of the community. If you want a unique nighttime experience with beer and fun, every year they invite their customers to an adventurous exploration trough their renowned Foeder Forest while dancing to DJs and sipping on sours.

Cerebral Brewing is a neighborhood brewery devoted to creating brews that range from traditional to creative. A science themed brewery, their goal is to combine scientific methodology with an artistic viewpoint to craft new beers.

While you’re sure to find your new favorite brew here, consider trying Rare Trait, an IPA with a rich and fruity aroma.

Grandma’s House is a microbrewery dedicated to all things craft. Reminiscent of your grandma’s home, the brewery has a relaxed, comfortable, and nostalgic atmosphere to welcome everyone. Their beer has the highest quality, made with love, so grab a beer, relax and feel at home.

Order a cold pint of How’s Your Father, an extra special strong and bitter brew.

Backyard-born brewery with an aviation theme. They literally a fuselage in the middle of their taproom! They are relatively new to the scene, opening in 2019 but FlyteCo is a growing favorite amongst locals.

The best happy hours are born!