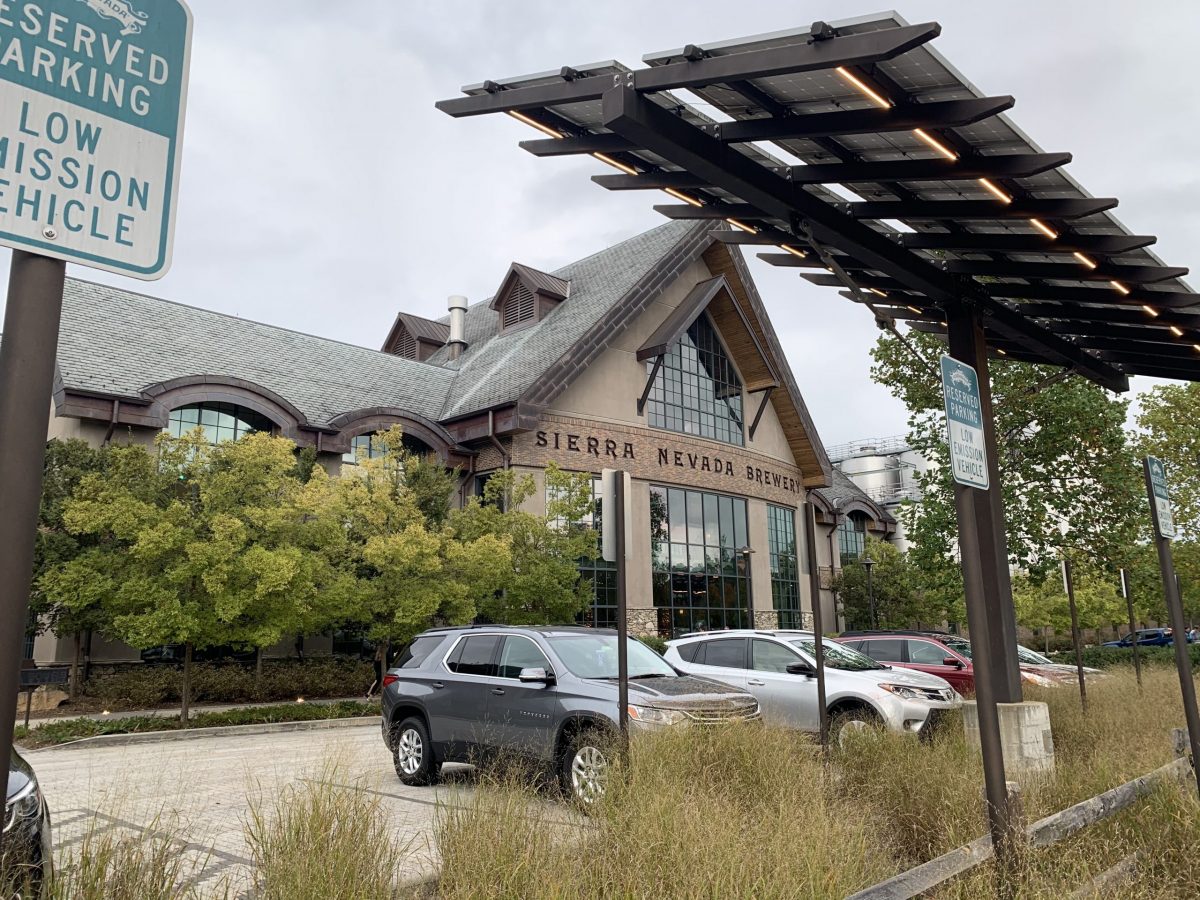 10 Breweries in North Carolina Totally Worth The Visit

North Carolina has been developing a sizable brewery scene and reputation. Currently, the state is home to over 300 craft breweries and brewpubs, more than any other state in the South.

Described as creative and inspired, the brews available in the state are typically sourced from locally produced ingredients and artisanal products. The impressive selection of craft beers brought to life by the experienced brewmasters has garnered national and international acclaim. You should definitely stop by the breweries in beer haven North Carolina.

Boojum Brewing is as well-known in the Waynesville area as the Balsam Mountains Boojum, the legendary creature that inspired this brewery. In addition to an excellent selection of craft beers, they have surprisingly good pub eats.

Try any of their current small-batch brews on tap, if you’re feeling lucky. You can’t go wrong with Hop Fiend, an IPA that’s a refreshing blend of tropical fruit, citrus, and pine.

Oskar Blues is an institution in the craft beer scene. This is especially true in the Oskar Blues Brewery in Brevard, where it first ran its taps on December 12, 2012, for the East Coast. The taproom offers free tours of the breweries an outdoor patio bar to have a pint after the tour. The CHUBwagon on site also offers delicious burgers and fries that go perfectly with your brew.

Grab a cold pint of Dale’s Pale Ale, for a strong yet balanced flavor profile of pale malts and citrusy floral hops.

Brown Truck Brewery is a hotspot in Uptown High Point. The famed brewery has a taproom and a gorgeous courtyard, where it regularly hosts live music events, run clubs, and yoga classes with the local community. On Saturdays, a food truck is on-site where you can grab grub to go with your pint.

Try out the popular brews: No. 4 Saison and No. 82 Robust Porter.

Named after a nearby Appalachian Trail, the Lazy Hiker has been serving cold brews to hikers, locals, and visitors since 2015. Its beers are inspired by the close-knit local community that is passionate about the outdoors. Located in the former town hall and fire department, the spacious brewery has a taproom, an outdoor patio, and an outdoor event space.

Head on to the taproom after a challenging hike, and get a refreshing pint of Trail Mate Golden Ale or a sampler flight.

Just like North Carolina, Sierra Nevada has an abundance of passion for food and great craft beer. The taproom has over 23 beers on tap, most of which are produced on the enormous brewery on site. Your cold beer is best enjoyed alongside the restaurant’s offerings of creative dishes with locally sourced ingredients. You can also opt to enjoy your drink outside with gorgeous views of the forest in the back porch and beer garden.

Grab a pint of the legendary Pale Ale, an intense blend of pine and citrus that has sparked interest in craft beer since 1980.

New Belgium, one of the country’s beloved craft beer brands, set up shop in Asheville in 2016. In Liquid Center, the brewery’s taproom, there are more than a dozen New Belgium beers on tap which you can enjoy in the spacious outdoor patio deck. New Belgium also hosts 90-minute tours of its brewery to learn more about the Company’s history and process.

Enjoy a cold glass of the favorite Fat Tire White, a fresh and sweet citrusy spin on the classic hoppy flavor of the brewery’s iconic Fat Tire.

Wooden Robot in Charlotte is a brewery embracing the farmhouse aesthetic. The brewery has two locations in the city, inspired by the traditional Belgian farmhouse. This influence is evident in the Belgian style ales it produces, with an infusion of locally sourced malts and other artisanal ingredients.

Check out a local favorite: Good Morning Vietnam, a robust coffee vanilla-flavored blonde ale. The kitchen also offers appetizers and sandwiches to go with your brew.

Inspired by the Four Saints of Beer, the Four Saints Brewing Company has a simple mission: to give great beer for great people. Located in quiet Asheboro, the brewery offers up excellent sudsy beverages in a cozy and welcoming atmosphere.

The brewery is always exploring various styles and flavors to excite its clientele. Try out the staple Genesis Belgian-style Dubbel, a blend of caramel and fruity flavors.

“Let your taste buds roam” adorn the wall of Free Range Brewing, a tiny brewery in Charlotte. While small in size, the place is absolutely brimming with creativity. Visit this brewery with an open mind and a curious palate and let it excite you with brews of innovative flavors and styles, featuring locally sourced ingredients.

The brewery doesn’t have a flagship beer as they like to change things up and rotate brews. If you can chance it, try My Fair Lady, a 9.5% American Imperial IPA.

Though not really a brewery exactly… for a rustic-chic atmosphere, check out Raleigh Beer Garden. People flock to this beer garden because of its four bars and record-breaking 366 kinds of beer on tap. There’s something for everyone in this outdoor beer haven.

The four bars on-site have plenty of options to quench your thirst. On the lower ground, Spiritual offers high-end spirits and the other bar offers 144-tap North Carolina’s pride brews. The upper bar offers 222-tap domestic and imported craft beers and the rooftop offers over a dozen beers on tap, with an amazing rooftop view.